A series of storms have brought lashing rains and powerful winds to the Canadian region of southern Ontario, bringing down hydro lines and causing widespread power outages.

The community of Angus has been worst hit, with a tornado tearing up fences and shearing the roofs off houses.

A state of emergency remains in place in the area.

About 30 homes have been damaged and 300 people have been forced from their homes.

Meanwhile, residents who were forced to leave a Nebraska village levelled by a tornado that killed a child and injured more than two dozen people have begun returning to salvage their belongings from their battered homes, businesses, a church and school.

Damage caused by the storm is estimated to be in the millions. 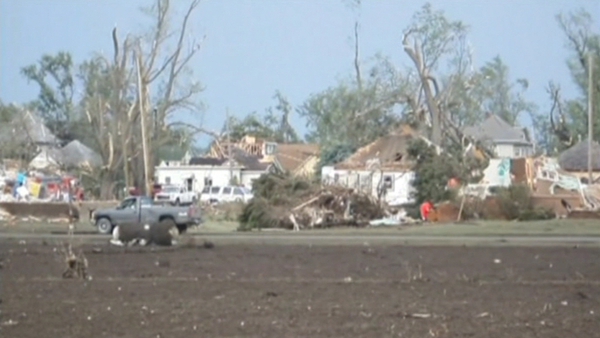 Tornadoes leave one dead in Nebraska