An explosion ripped through a football viewing centre in Damaturu, northern Nigeria, tonight, police and residents said, as fans gathered to watch the World Cup.

The blast at the Crossfire venue, in the Nayi-Nawa area of the state capital of Yobe, happened shortly after tournament hosts Brazil kicked off against Mexico at 8pm.

There were no immediate reports of deaths but hospitals were reporting casualties being brought in, medical sources said.

One hospital reported that pick-up trucks carrying bodies had arrived.

Sanusi Ruf'ai, police commissioner for Yobe state, said: "There was an explosion outside a soccer viewing centre here in Damaturu at around 8.15pm.

"Our men have deployed to the scene but it's too early for us to give details."

One resident said the area had been cordoned off as police and soldiers were sent to the scene.

Yobe is one of three northeastern states that has been under a state of emergency since last May.

The authorities in Adamawa, in northeast Nigeria, last week closed viewing centres, where large crowds gather to watch matches on the big screen, while the central state of Plateau followed suit days later.

Earlier this month, at least 40 people were killed when a bomb went off after a football match in the town of Mubi in Adamawa.

The apparent target was fans trying to leave after the final whistle.

In May, three people were killed in a blast outside a viewing centre showing the European Champions League final between Real Madrid and Atletico Madrid in Jos, the capital of Plateau state.

In several video clips, he described football and music as a Western ploy to distract Muslims from their religion.

Football is Nigeria's national sport and has a fanatical following but many people in the north have said they would watch the World Cup at home because of fears of Boko Haram attacks. 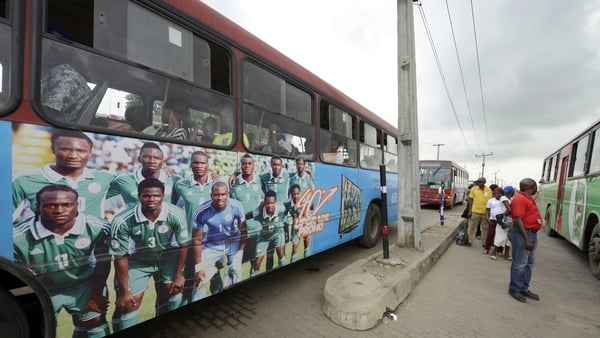