The most likely crash site of a missing Malaysia Airlines jet has yet to be searched, a UK satellite company has claimed.

A major search for Flight MH370 has been under way since it disappeared with 239 passengers and crew on board after taking off from Kuala Lumpur bound for Beijing on 8 March.

Hourly electronic connections received by telecommunications experts Inmarsat revealed that the Boeing 777 airliner had to have come down in the southern Indian Ocean.

Scientists from the company told the BBC's Horizon programme they had calculated the plane's most likely flight path to a "hotspot" on the ocean floor.

But an Australian search vessel, the Ocean Shield, never reached the site because it picked up other signals some distance away, thought to be from the plane's flight recorders.

These "pings" were investigated for two months during a search of 850sq.km of sea bed north west of Perth in Australia, but the source was not found.

Chris Ashton, from Inmarsat, told Horizon: "It was by no means an unrealistic location but it was further to the north east than our area of highest probability."

The company modelled a series of arcs across the Indian Ocean based on a likely speed and heading if the plane was flown on autopilot, and found a path that lined up with data gathered from where its systems made contact with the jet.

A number of countries are continuing to negotiate on how to fund the next phase search, which will cover almost 56,000sq.km of seabed beneath water up to 7km deep. 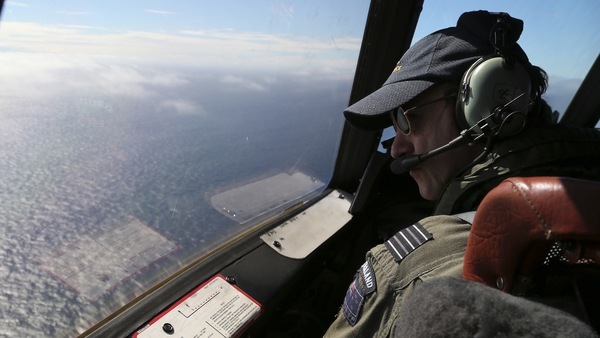