Taoiseach Enda Kenny has said calls by Public Accounts Chairman John McGuinness for the resignation of the heads of the Health Service Executive and Department of Health have "over-politicised the issue".

Mr Kenny said the PAC has always been an independent committee chaired by a member of the Opposition.

He said its basic function is to have accountability and transparency in their analysis of reports from the Comptroller and Auditor General's office.

Mr Kenny this afternoon said "there are other opportunities for people to determine and set out their case as to the effectiveness of their duties.

"But the chairmanship of the PAC has always been independent and I regret it had been over-politicised by these comments."

He said they were not "in control" of the health service.

Speaking on RTÉ's Morning Ireland, he elaborated on remarks he made at yesterday's PAC hearings, saying he believed Mr O'Brien and Mr McLoughlin were not properly managing the health service, which is heading for a half billion euro over-run.

He cited the drugs bill, which was supposed to be cut by €124m in 2012 but was cut by just €15m, as an example of how he believed the health service was being mismanaged.

"The other issue is their debt collection is extremely poor and has worsened, as has absenteeism, their target was 3.5%, it's now 4.77%," he added.

He said the PAC needed to establish what budget had been sought by the HSE "to determine if the figures were realistic, if they were that much over". 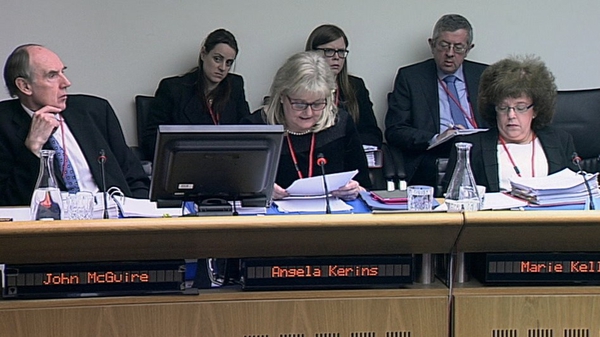