A new Red C opinion poll suggests another big drop in support for the Labour Party, which is currently seeking to elect a new leader.

The poll also suggests a big rise in support for Independents and a smaller rise for Sinn Féin.

The poll, of over 1,000 people, was carried out between Monday and yesterday.

The first Red C poll since the Local and European Elections saw a drop in support for the Government parties.

Sinn Féin's Gerry Adams was the only party leader to see an improved rating.

Eamon Gilmore resigned as leader of the Labour Party after the Local and European Elections.

When asked about new leaders for Labour, Ms Burton was the clear favourite among all voters. 55% suggested they would prefer her as leader, and this rises to 61% of all Labour voters. 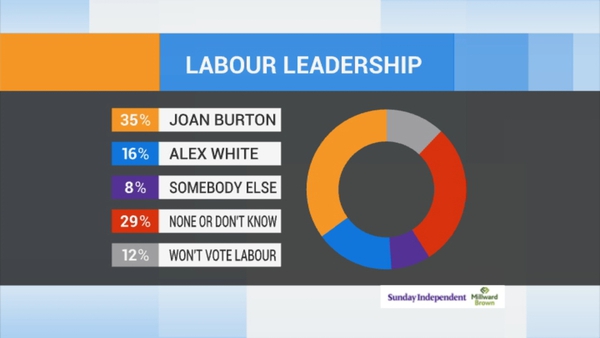