Former army chief Abdel Fattah al-Sisi has been sworn in as president of Egypt.

There was a low key attendance at the inauguration ceremony by Western countries.

Egyptians overwhelmingly voted for Mr Sisi in an election last month, believing he can deliver stability.

He was declared the country's president after winning 96.6% of the presidential vote.

There has been three years of upheaval in Egypt since a popular uprising ousted autocrat Hosni Mubarak.

Before a panel of judges at the Supreme Constitutional Court, Mr Sisi swore to protect Egypt's republican system, unity law and the interests of its people.

Western countries, who hoped the overthrow of Mubarak in 2011 would usher in a new era of democracy, have watched Egypt's political transition stumble.

Mr Mursi's year in power was tarnished by accusations that he usurped power, imposed the Muslim Brotherhood's views on Islam and mismanaged the economy, allegations he denied.

After Mr Sisi deposed him and became Egypt's de facto ruler, security forces mounted one of the toughest crackdowns on the Muslim Brotherhood in its 86-year history.

Hundreds were killed in street protests and thousands of others jailed.

Secular activists were eventually thrown in jail, even those who supported Mr Mursi's fall, because they violated a new law that severely restricts protests.

Egypt tightened security across Cairo ahead of the inauguration ceremony. 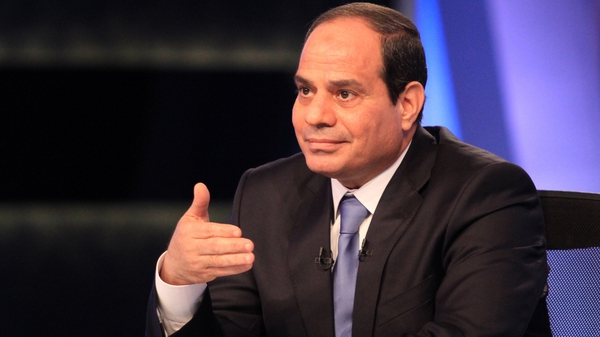