The Governor of California has said that if California could have Ireland's "tax rate", it would "become an independent country".

He was speaking at an Enterprise Ireland event at the end of Taoiseach Enda Kenny's trip to Silicon Valley and San Francisco.

Governor Jerry Brown said he did not know how Ireland had managed to get Apple to have "so much of its business in Ireland".

He joked that he always thought Apple "was a California company", but said that if you looked at their tax returns, "they're really an Irish company".

The gathered crowd of about 300 people laughed loudly.

He said it was "creative accounting" and added: "I won't go there" - to which there was more laughter..

The EU Commission is currently considering whether to launch a formal investigation into how Ireland, and other EU countries including the Netherlands, use tax breaks to attract foreign direct investment.

Earlier this week, Mr Kenny said he believed Ireland's tax legislation was "robust" and that the application of it was "ethical".

He said the issue of the tax regime had come up "in a general way" when he met senior executives at Apple.

He said it was his intention to continue to "move up the competitiveness league", saying that the young people of Ireland had "flowering minds, ingenuity, creativity, inspiration and ability".

He said Dublin had become a "magnetic attraction" for young people from all over the world, "with so many languages and so many different skills".

He concluded by saying: "If you want to do business with Ireland, we will not let you down".

The Taoiseach and the Governor were speaking at a special event featuring 12 start-up entrepreneurs from Ireland who had the opportunity to pitch their businesses to investors and mentors.

Four hundred new jobs for Ireland were announced during the trip, which were created by Workday, Yelp and HP. 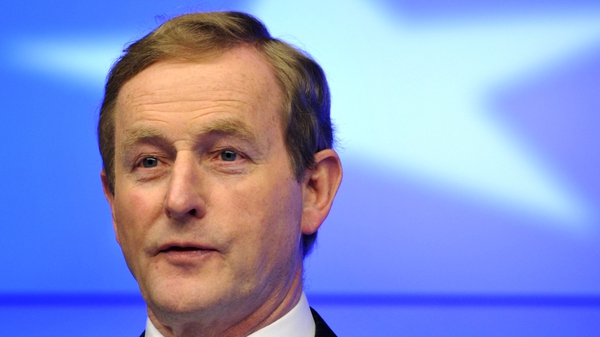