A Co Donegal couple are more than €12m better off this week after a shop in Bundoran sold the winning ticket for the highest National Lottery jackpot in over two years.

The lucky €12 'quick pick' ticket was sold in newsagents American House on Main Street in the Co Donegal town.

Staff told how celebrations ensued after they heard they had sold their second winning lottery ticket in two years.

Majella Hegarty said: "The National Lottery rep was here and he had balloons and banners with him, so it was all celebratory, we were blowing up balloons and having the craic."

An American holiday-maker previously benefited from the shop’s lucky streak, scooping €50,000 two years ago after purchasing a Euro Millions ticket.

Six other lucky customers have made appearances on Winning Streak, Ms Hegarty said, claiming "we’re a fierce lucky shop, we have a wee gallery there of all our contestants spinning the wheel".

This week’s winning couple, who wish to remain anonymous, collected their prize earlier and said: "This means a lot, we’re on cloud nine".

They have put an end to speculation in the town that the winner may have been a visitor to the area.

Shop assistant Siobhán O’Doherty described how the shop is popular with tourists and "famous" for its ice-cream.

Wednesday’s jackpot, amounting to €12,155,282, was the 11th highest in the history of the National Lottery competition.

Fifty Lotto jackpots, worth a combined €61.4m, have been won in Co Donegal. 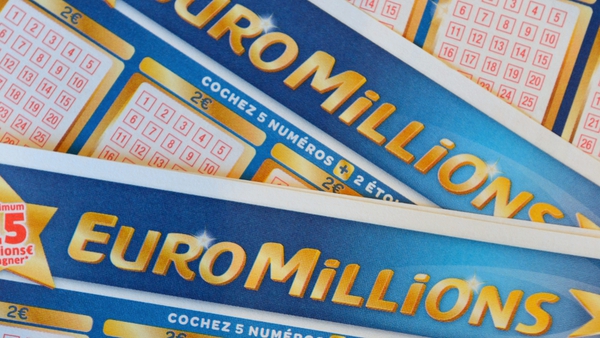 French lotto winner to give €50m to charity