Exchequer returns for May show the Government’s tax take in the year to date running €446m or 2.9% ahead of target.

The tax take was higher than expected in all the main tax heads, except capital gains tax.

However overspending by the Department of Health is running at €144m or 2.8%.

Minister for Finance Michael Noonan has earlier said that tax figures would be "quite good".

He also said there was no point in having a mini-Budget when the 2015 Budget was not only on target but ahead of target.

Mr Noonan disclosed last night that he had been treated for cancer.

In a statement, he said his medical team were upbeat and that the chance of recurrence was low.

Rumours had been circulating since the weekend, and a newspaper had been due to run with a story about Mr Noonan's health this morning.

Just before 9pm last night, a statement from the 71-year-old Limerick TD said that last February he had noticed a lump on his right shoulder, which had been diagnosed as a sarcoma.

After five weeks of radiotherapy, the growth was removed last Wednesday and he was discharged from hospital three days later.

Mr Noonan said he was happy to continue to serve as minister for finance at the Taoiseach's discretion. 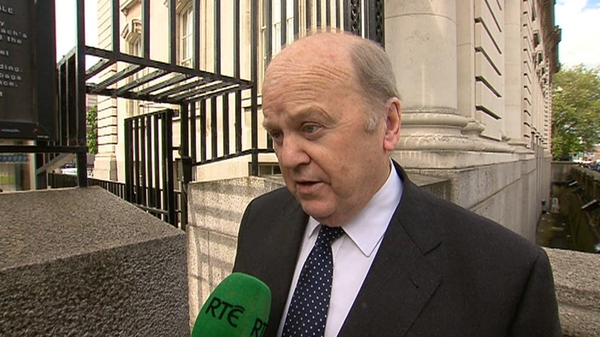