The company is seeking 200 redundancies now and said the remaining 900 workers must accept a 20% pay cut or lose their jobs as well.

The State agency has been in negotiation with Bausch + Lomb management since the contact lens company was taken over by Valeant, Canada's largest drugmaker.

Speaking on RTÉ's Morning Ireland, Mr O'Leary said he accepted the decision was a difficult one for workers, but said that their focus should be on the long term.

He said the agency had been working with the company to put together a financial support package across five different areas to ensure the viability of the plant.

However, he said that would only go "so far" and added that the fundamental cost base needed to be addressed.

He said: "The stark reality of this is that if the cost savings are not achieved, the operation will not be there.

"I think that's the stark reality that people have to make the judgement call (on), however bitter it is to swallow.

"But if one can, in some way, look to the more medium to long-term future, it has a huge impact, the company, in the southeast and it would be a tragedy to lose it."

In a statement yesterday, the company said substantial cost reductions will be required to keep the plant open.

It said discussions with staff and union representatives will begin next Tuesday and the company hopes to reach a decision in principle by 17 June.

Bausch + Lomb said it wants to bring the cost base of the Irish plant closer to that in Rochester, New York, where wage rates are more than 30% lower. 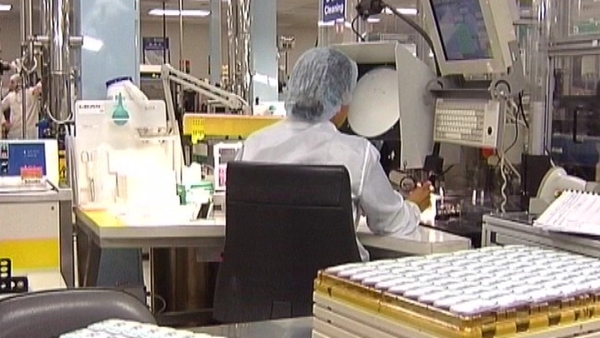