At least 31 people have died in an explosion in the capital of China's western region of Xinjiang.

More than 90 people were injured in the blast.

State media reported that two vehicles rammed into a crowd of people at a morning market in the city of Urumqi.

The blast comes at a time of heightened tension in the region.

China has blamed a string of violent attacks in recent months on separatist militants from Xinjiang, the traditional home of ethnic Muslim Uighurs.

One witness said he saw the aftermath of the blasts on his way to work.

"The air was full of the smell of gunpowder and the sound of sobbing," he said. "There were simply too many [casualties], old folks who were at the morning market."

In a posting on its Chinese-language microblog account, the US Embassy said it offered condolences to victims of the "violent attack", but stopped short of labelling it terrorism.

The Xinjiang government could not be immediately reached for comment. 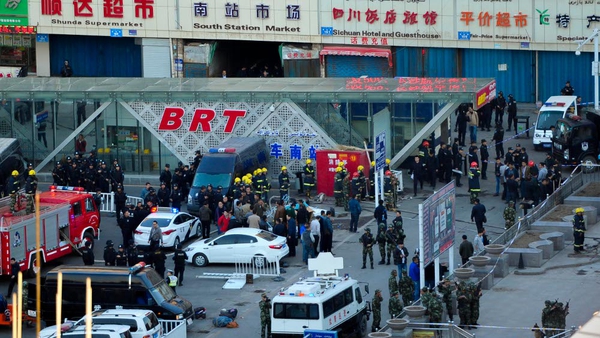