Technicians at Kerry Foods in Shillelagh in Co Wicklow are picketing outside the plant in a dispute over new working conditions.

The technicians claim the conditions were forced on them without any negotiations or consultation with their union, the Technical, Engineering & Electrical Union (TEEU).

He said an agreement was reached with SIPTU, which represents the majority of employees.

Around 30 technicians, who are members of the TEEU, have been on a work-to-rule for a number of weeks.

One of the technicians was suspended yesterday after refusing to implement a new procedure.

This led to a sit-in protest in the canteen overnight and a picket outside the plant at 6am this morning.

The new conditions include an increased working week, reduced overtime rates, compulsory working on bank holidays and a change in some shift patterns.

Separately, staff at the Paris Bakery in Dublin's Moore Street are holding a protest, claiming they are owed up to three months in back pay.

Around ten staff are protesting outside the cafe, which was closed today.

Some of the workers claim they have not received wages since February.

The popular French cafe has been served with a demolition order as part of plans to create a 1916 Rising museum. 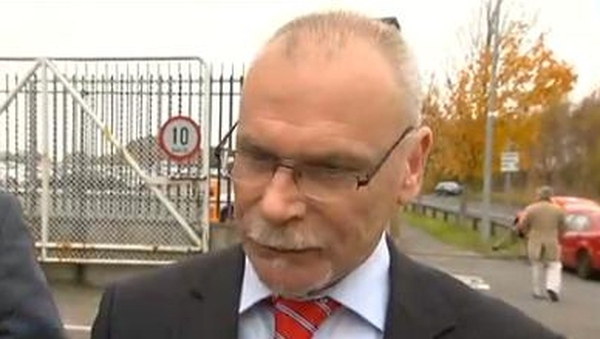