Russian troops ordered by President Vladimir Putin to return to their bases from near the Ukrainian border are preparing their departure, the Russian defence ministry has said.

"The commanders in the exercise areas are now clarifying the routes and movement plans" for the troops to leave, Interfax quoted a ministry source as saying.

"The men have started dismantling their tent camps, loading equipment and forming columns of vehicles and armour," the ministry said.

Mr Putin yesterday announced that the troops, estimated by NATO to number 40,000, were to return to bases after the end of spring exercises.

Their presence had raised deep concerns in the West after Russia's annexation of Crimea in March.

The withdrawal could ease tensions ahead of a presidential vote in Ukraine on Sunday.

However, both the US and NATO, which noted it was the third time the Russian government had made such a claim, have said they saw no sign of a pullback.

Meanwhile, at least 10,000 people have been driven from their homes since the start of the Ukraine crisis, with Crimean Tatars the hardest-hit community, the UN refugee agency has said.

"Displacement in Ukraine started before the March referendum in Crimea and has been rising gradually since," the UNHCR said.

"Most of those displaced are ethnic Tatars, although local authorities have also reported a recent rise in registrations of ethnic Ukrainians, Russians and mixed families," it added. 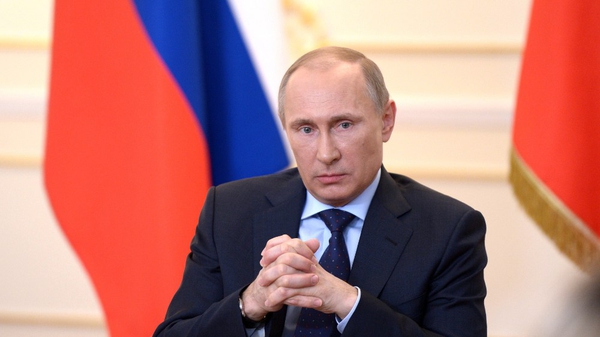