Officials from the European Central Bank should appear before the Oireachtas Banking Inquiry, according to Sinn Féin finance spokesperson Pearse Doherty.

Speaking on RTÉ's The Week in Politics, Mr Doherty said he believes there is a role for ECB officials in the inquiry.

"I think the test of this inquiry will be who comes before it and the type of documents it can compel.

"I think that there is a role for the Irish Government to make it very clear, and they should at this point in time say we expect (the ECB) to be there and co-operate", he said.

Speaking on the same programme, Minister for Social Protection Joan Burton hinted that the European Central Bank should contribute to the inquiry.

"I don't think the ECB live in an Ivory tower somewhere off the Irish coast.

Minister Burton also rejected suggestions the inquiry will be susceptible to bias and said she believes it can do a "fair and independent job".

Their comments come amid reported disagreement between those set to carry out the inquiry over whether to examine the role of the ECB in the Irish banking collapse, and specifically its refusal to burn senior bondholders in bailed-out banks.

Former ECB president Jean-Claude Trichet has said he will not appear before the inquiry because of ECB rules. 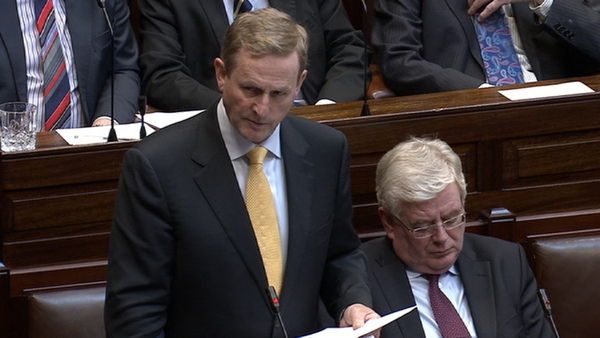