The President of Nigeria along with the leaders of neighbouring African countries have been attending a summit in Paris, to discuss the security threat posed by Boko Haram.

Nigerian troops backed by foreign units are searching the area around the forest for them.

Chad's president said Nigeria's neighbours are prepared to wage war on the militants over fears they could destabilise the wider region.

French President Francois Hollande said the Nigerian rebel group Boko Haram was now a threat to west and central Africa and it was linked to other militants, including al-Qaeda's North African arm.

Elsewhere, Suspected Boko Haram rebels attacked a Chinese work site in northern Cameroon yesterday and at least ten people are believed to have been kidnapped.

The Chinese embassy in Yaounde confirmed the attack at a site near the town on Waza, 20km from the Nigerian border close to the Sambisa forest, a Boko Haram stronghold.

Yesterday’s incident began when power was cut in the evening.

A five-hour gunfight followed, a guard at the Waza National Park said.

The governor of Far North Region, Augustine Fonka Awa, said he believed Boko Haram had carried out the attack.

Authorities are investigating reports that at least one Cameroon soldier was killed and ten people were abducted, he said.

Outrage over the kidnapping of the schoolgirls has prompted Nigerian President Goodluck Jonathan, criticised at home for his government's slow response, to accept US, British and French intelligence help in the hunt for the girls. 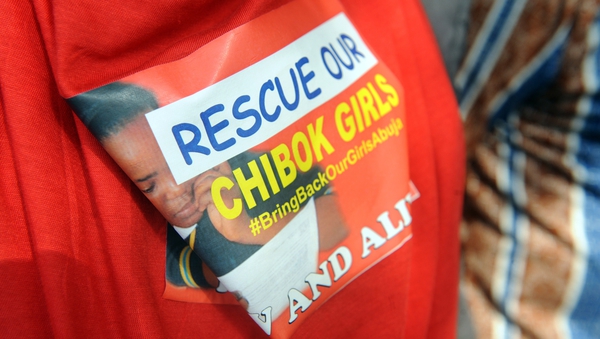