Serious issues surrounding the operation of the now closed Millennium College emerged during an investigation by the Irish Naturalisation and Immigration Service, it has emerged this evening.

The college is the fourth English language school in Dublin to close suddenly and unexpectedly in recent weeks.

In a statement, the INIS said that when they contacted the UK body which supposedly accredited the programmes delivered at Millennium, it emerged that no student from there had ever been registered.

That contrasted with the records held by the immigration authorities, which claimed that around 300 students were accredited.

The INIS said they began an investigation arising from serious allegations made against some colleges which offered English language education to students from outside the European Economic Area.

During an investigation, the Millennium College management said that no attendance records existed since before 18 February last.

In the statement, the INIS said their actions are only limited to the issuing of new visas and immigrations.

Their action does not affect the operation of the colleges or the delivery of their education programmes.

"The Department of Justice and Equality informed Millennium College that students currently registered on an academic course were permitted to complete the course they paid for," the statement said.

"The INIS regrets that the actions of all the colleges in question which have now ceased trading, have placed their students in such an unsatisfactory situation."

The Immigration Service said there is "no immediate threat" to the students' immigration status.

All students are now deemed to be on academic holiday up to 1 September.

The statement concludes that the closure represents a failure of private businesses but there was a "significant immigration" aspect to the fallout.

The priority for the Immigration Service has been "to stabilise the situation and to reassure students regarding their immigration status."

A notice was posted on the door of Millennium College on Dominick Street stating that it has had to cease trading.

The notice states that "with deepest regret that I would like to inform you that the Board of Millennium College Dublin decided to cease the trading due to the suspended by immigration services the company arising financial crisis" (sic).

It goes on to advise students to contact a Department of Justice email address to find out about their visa rights.

The Irish Business School on Burgh Quay closed on 2 May and Eden College, which operated from the same premises, closed on 28 April. Kavanagh College on Marlborough Street in Dublin 1 also closed on 14 April.

The Company's Registration Office lists Joanna Monica Gadajska and Elzbieta Gadajska with addresses in Dublin 1 and 17 as owners and directors of Millennium College.

Immigration services suspended the issuing of visas and residence permissions to students attending Millennium in mid-April along with three other colleges catering to International students.

RTÉ attempted to contact the college by phone today but the call went unanswered. 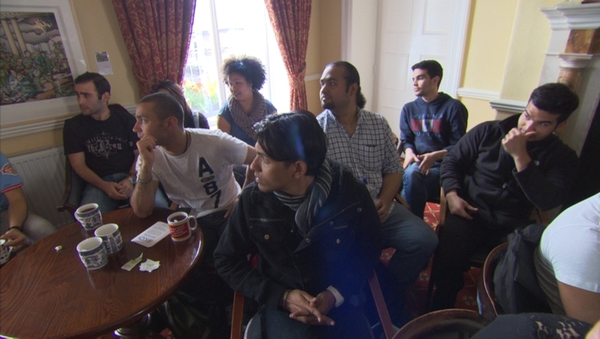