Tánaiste Eamon Gilmore has said sending somebody three letters in the space of two years about their medical card was "a form of harassment".

Speaking ahead of his address to an IMPACT conference, Mr Gilmore acknowledged that people are worried by the way in which a review of medical cards is being conducted.

He said he was quite concerned about the way the Health Service Executive and the Department of Health were managing the question of discretionary medical cards.

About 96% of people who were being reviewed were retaining their cards, he said.

Mr Gilmore said some people were getting repeated letters from the HSE, and some people who had already been reviewed were being reviewed a second time.

He said: "If somebody is reviewed, I don't think they should be reviewed again for a period of time. I think to send somebody three letters in the space of two years is a form of harassment."

If a person was having their medical card removed, he said there should be a period of time allowed to people whereby they can appeal, and further inquiry can be made.

Mr Gilmore said he had talked to Minister for Health James Reilly about it and he expected there would be improvements in the way in which the review was being conducted.

Asked about reports that some people whose children had Down Syndrome were receiving letters asking if they still had the condition, the Tánaiste said nobody could stand over that.

He said that should not happen and needs to stop.

There had been a degree of bureaucracy in the way the review had been done, he said, adding that he would have no intention of standing over those kinds of letters.

Commenting on a situation that will see some categories of people pay a higher Universal Social Charge from next year, Mr Gilmore said it was a legacy left to the Government by Fianna Fáil.

He said Fianna Fáil put a sunset clause into the legislation when it was introduced, meaning the current rate would be increased for certain groups of taxpayers from January 2015.

The Tánaiste said this was something the Government was going to have to deal with in the forthcoming Budget.

A sunset clause on a lower VAT rate for the tourism industry was extended in last year's Budget, he said, and he expected something similar would be done in next year's Budget in respect of the USC. 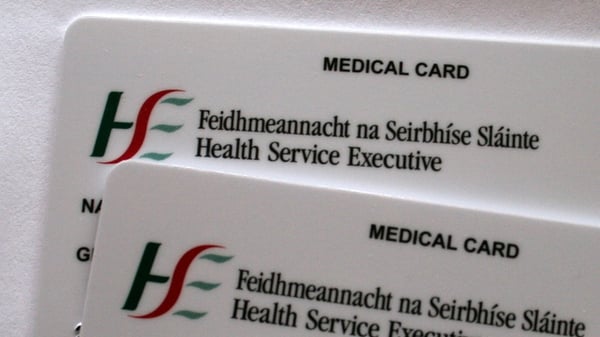