IMPACT, the largest public service union, has warned that it will seek pay rises for government employees next year, if the Government meets its target of bringing the Budget deficit below 3%.

Addressing the union's biennial conference in Killarney, General Secretary Shay Cody acknowledged that there was a commitment to prioritise lower-paid workers.

However, he warned it would be difficult to secure a critical mass of public servants to support a claim that only applied to those earning less than €35,000.

All are furious that they have suffered pay cuts, the pension levy, longer working hours and changes in conditions.

Mr Cody suggested unions would have to consider whether they could rally around a flat-rate increase that would benefit lower-paid workers more, while delivering income recovery for all.

They should consider whether public service unions should seek a reduction in the pension levy rather than increases in gross wages, he said.

He also warned that if the economy improved, they were prepared to lodge a pay claim before the Haddington Road Agreement expired.

Gerry King, of the Central Executive Committee, warned that if they did lodge a pay claim, they may have to engage in industrial action, which would have to go beyond not answering phone calls.

Mr Cody, who also chairs ICTU's Public Services Committee, said they would also pursue the restoration of frozen increments in the community and voluntary sector, and pay rises to match those in the public service.

Unions were now moving from the "necessary and defensive position" of the last half decade to a strategy of income recovery, he said.

Pay movement in the private sector was good news for the economy and Exchequer, he said.

IMPACT would continue to support ICTU's campaign for decent pay and conditions for low-paid private sector workers, he added. 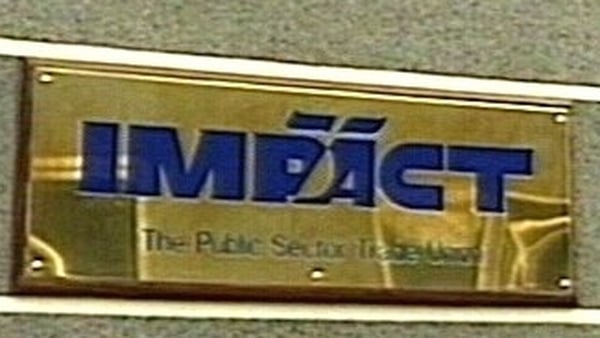