Taoiseach Enda Kenny and Tánaiste Eamon Gilmore have announced a package of measures to stimulate activity in the construction industry.

The package sets out policy actions in areas such as finance, planning and employment in the industry.

Called Construction 2020, the document contains 75 action points to be implemented over the next year.

Mr Kenny said it takes a measured and strategic approach to the provision of housing, especially in Dublin.

He said it addresses a number of key issues such as planning, finance, mortgage availability, blockages to commercial development and skills in the industry.

The industry is well capable of adding 60,000 new jobs between now and the end of the decade, Mr Kenny said.

Mr Gilmore said the Government wants a sustainable construction sector with stable employment and a supply of good quality homes for people.

He said: "It should not be about kick starting the industry but about developing a sustainable industry for the long term."

Both men said it was not about a return to boom bust policies of the past.

Asked about Fianna Fáil's criticism that the plan risked stoking a property bubble, the Taoiseach said: "Fianna Fáil have a cheek of outrageous proportions talking about the construction industry and this Government - they destroyed this country - everybody knows it."

"The hallmark of the previous government was Priory Hall. We are not going back to credit being thrown around like confetti and trying to run a country on the unsustainable taxes that came from that."

Fianna Fáil Spokesperson on Jobs, Enterprise & Innovation Dara Calleary dismissed the plan as "nothing more than an election stunt".

He said the plan is high on spin but low on realistic targets that would make any real difference to the housing crisis and out-of-work construction workers.

He said: "There are no measurable targets on job creation, no details of how the shortage of new housing units will be addressed, no new investment in social housing and no apprenticeship scheme to help construction workers to qualify for new jobs."

Speaking on RTÉ's Morning Ireland, Ms Creighton said the package will not address the housing shortage.

She said: "I am very firmly of the view that there is an issue, obviously, with supply of housing across the country, particularly in Dublin.

"But creating further demand and fuelling demand and, essentially, pitching first-time buyers against each other is not the way to deal with that supply issue."

Economist Colm McCarthy said the scheme is reminiscent of the 100% mortgages that caused debt problems for many borrowers during the boom.

Speaking on RTÉ's News at One, Mr McCarthy said the proposal seems to suggest that the 15% deposit required by many banks from mortgage applicants is too much.

Instead, he said the Government is potentially proposing a loan-to-value ratio of 95% with "the taxpayer on the hook" for part of the deposit.

He said: "Until 15 or 20 years ago people were expected to save up 15% or 20% of the purchase price and then take out a mortgage for the balance.

"Going back to this idea that you don't need any money down, or you need very little money to put down, seems to me to be revisiting the errors of the recent past."

Mr McCarthy said supply of houses remains the bigger issue and zoning needs to be looked at.

Minister for Finance Michael Noonan said last night that the plans will not lead to a property bubble.

He said: "It is very difficult to envisage a young couple having more than 10% of the price of a house as a deposit.

"At present, they are being required to come up with something like 20%.

"So we are examining it. It would be only for new houses, not for the second-hand market, and it would be for first-time buyers. It would be temporary in nature.

"We are working out the details of it between now and the Finance Bill."

He added: "But, in principle, we think it is a good idea as a supply side initiative." 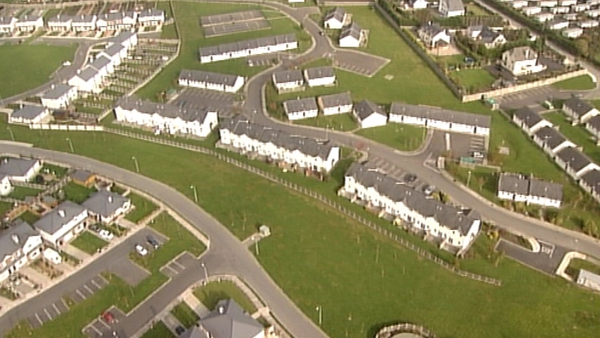