The Oireachtas Committee on European Union Affairs heard submissions today on the prospect of extending voting rights to the diaspora.

Committee chairman Dominic Hannigan said Ireland was among five countries criticised by the EU for not extending voting rights to citizens living in other EU countries.

Dr Adrian Kavanagh from NUI Maynooth told the committee that because of the age profile of many of today's emigrants, turnout would probably be low and would be unlikely to cause an upset to the overall election result.

He said research in the UK had shown that of the three million UK citizens living abroad and registered to vote, only 23,000 actually took up the opportunity to vote, or less than 1%.

He did point to some marginal constituencies in the 2011 elections where extra votes from overseas might have made a difference.

He said it is possible that a case may be taken to the European Court of Justice on the issue and it was better to act before that happened.

Jennie McShannon from the Irish in Britain organisation told the committee that many of today's Irish emigrants were working in Britain to sustain a mortgage and had a life back home.

She said they wanted to have representation in the Oireachtas and a minister for diaspora affairs.

Suggestions that the volume of Irish people living abroad could distort election results were wrong, she said, pointing to the experience in the UK. 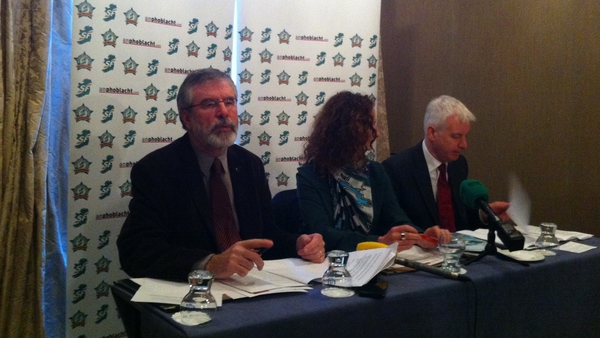