The Government is to review the performance of the Department of Justice following adverse findings in the Guerin Report last week.

The report was critical of how allegations made by garda whistleblower Sergeant Maurice McCabe were handled by gardaí, former minister for justice Alan Shatter and the Department of Justice.

There is to be an independent expert review of performance, management and administration of the Department of Justice.

The Cabinet has also decided to urgently bring forward legislation to strengthen the Garda Síochána Ombudsman Commission, which was also subject to criticism in the report.

A Commission of Investigation is to be established. The terms of reference have yet to be finalised, but are to be in line with those proposed in the Guerin Report.

The Garda Inspectorate is to carry out a comprehensive inquiry into serious crime investigation, management, operational and procedural issues.

An independent Garda Authority is to be up and running by the end of the year, according to a statement by the minister.

A new Garda Commissioner is to be recruited by open competition in parallel with the establishment of the new authority.

Minister for Justice Francis Fitzgerald said: "Today's decisions by Government represent a comprehensive response to the serious and varied spectrum of issues raised in the Guerin Report."

The Dáil is to debate the report on Thursday.

Speaking in the Dáil this afternoon, Taoiseach Enda Kenny said he has "no problem in apologising" to Sgt McCabe for the delay in dealing with his allegations.

Replying to a question from Sinn Féin's Gerry Adams, Mr Kenny said Sgt McCabe has been vindicated by the Guerin Report.

"I've no problem apologising to Sergeant McCabe for the issues that he raised, and for the fact that his raising these matters wasn't dealt with more expediently in the first instance."

Minister for Public Expenditure and Reform Brendan Howlin earlier said he felt echoes of the Morris Tribunal and Morris Report when he read the Guerin Report.

Mr Howlin said full confidence needed to be restored in An Garda Síochána.

The Irish Council for Civil Liberties (ICCL) has objected to the proposal that a "comprehensive inquiry into serious crime investigation, management, operational and procedural issues" be carried out by the Garda Inspectorate.

It said the idea that the inspectorate is well placed to conduct a comprehensive inquiry is deeply misguided.

Brian Purcell to appear before committee

Meanwhile, Secretary General of the Department of Justice Brian Purcell has agreed to appear before the Oireachtas Justice Committee.

Committee members want to discuss the fallout from the Guerin Report, administration issues in the department and the resignation of former garda commissioner Martin Callinan.

However, Mr Purcell has written to the committee requesting that members refrain from asking him any questions about Mr Callinan's departure.

In a letter to the Clerk of the committee, Mr Purcell claims that any questions related to the departure of former Commissioner Callinan could "potentially trench" on the work of the Fennelly Commission.

Mr Purcell said it may well be perceived that the work of the Fennelly Commission would be undermined if questions were asked which are the subject matter of the commission.

The committee has asked Mr Purcell to appear before it on Thursday, but Mr Purcell has requested that his appearance be put back for a week or two.

Earlier, Sinn Féin TD Pádraig Mac Lochlainn, who is the party's spokesperson on justice and also a member of the justice committee, said that Mr Purcell would face robust questions at the committee.

Speaking on RTÉ's News At One, the Sinn Féin TD for Donegal North East said: "The lessons of the Morris Tribunal, the new beginning to policing that was promised, and that came with the Garda Síochána Act 2005, clearly didn't materialise.

"The culture remained in the Department of Justice, and in senior levels of An Garda Síochána, that again has led us to this crisis where the public confidence in the administration of justice has been seriously undermined."

Minister Fitzgerald has said that any decision she takes in relation to Mr Purcell will be taken on the basis of objective evidence about the running of her department.

Answering questions about the future of Mr Purcell, she said any decision would take into account the expert group that is to examine the workings of the Department of Justice.

Ms Fitzgerald also said issues of natural justice that arise would have to be observed.

She told journalists that the Cooke Report into suggestions of bugging at the office of the Garda Ombudsman would be with Government soon.

She said its findings would be taken into account when the Government frames the terms of reference of the Inquiry being set up arising from the Guerin Report. 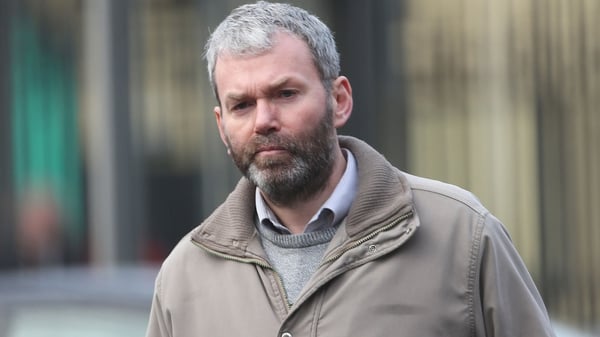