US billionaire Donald Trump has outlined plans for Doonbeg golf course on his first trip to the Co Clare course since he purchased it for about €15m earlier this year.

Mr Trump, his sons Donald jnr and Eric and his daughter Ivanka touched down at Shannon Airport in their corporate jet earlier today for a press conference in advance of their visit to Doonbeg.

Chairperson of the Airport Rose Hynes along with Finance Minister Michael Noonan and Mayor of Clare Joe Arkins greeted Mr Trump and his family on arrival.

Mr Trump said he planned to turn the Doonbeg golf resort into one of the most iconic golf courses in the world.

He described it as 500 acres of ground with tremendous frontage onto the Atlantic Ocean, and said he had wanted to buy it for over four years.

Having already spent an estimated €15m purchasing the resort, Mr Trump says he plans to at least triple that investment upgrading the course and building extra hotel space, a ballroom and a spa.

He estimated that "hundreds" of jobs would be created by his plans, but did not give specific figures.

His intention is that it would be one of the best courses in the portfolio of courses that Trump International Golf Resorts and Hotels owns across the US, Europe, Asia and South America, and he was hopeful of attracting big golf competitions such as the Irish Open to the course in future years.

He said contact had already been made with the organisers of the Irish Open with a view to that end.

In addition to international golfers, he also hopes to attract a lot of international weddings to the venue once it has been upgraded.

Mr Trump said he had been working with the local and environmental authorities to arrest the damage done by coastal erosion at the course, and he said he would also be doing all he could along with his advisory team to protect a species of tiny snail, which has its habitat in the sand dunes at Doonbeg.

Breakwater barriers will be needed to protect some of the greens from further coastal erosion, and he said that work would be proceeding over the next three months.

In relation to the Irish economy, he said he believed it was making a strong comeback. 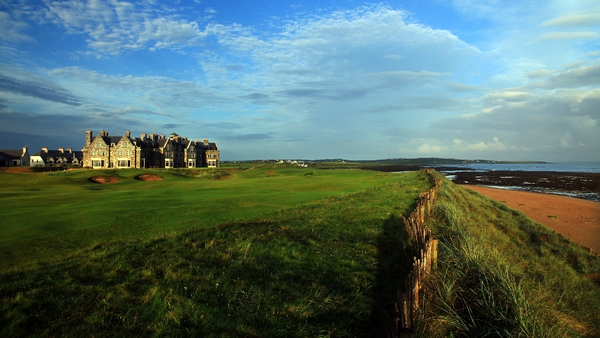