Russian President Vladimir Putin is in Crimea for a military parade in the historic port city of Sevastopol commemorating victory over Nazi forces in World War II.

The foreign ministry said: "Ukraine expresses its strong protest over the unapproved May 9 visit by Russian President Vladimir Putin to the Autonomous Republic of Crimea and to Sevastopol city, which are temporarily occupied by Russia".

The president's visit comes after thousands of Russian troops marched in Red Square to mark 69 years since victory in World War II.

More than 11,000 servicemen took part in the annual Victory Day parade in Moscow.

It began with the troops marching to the sound of brass bands as President Vladimir Putin watched from the stands, flanked by veterans.

Mr Putin praised the strength of Russia's "all-conquering" patriotism in his speech to the veterans and troops. 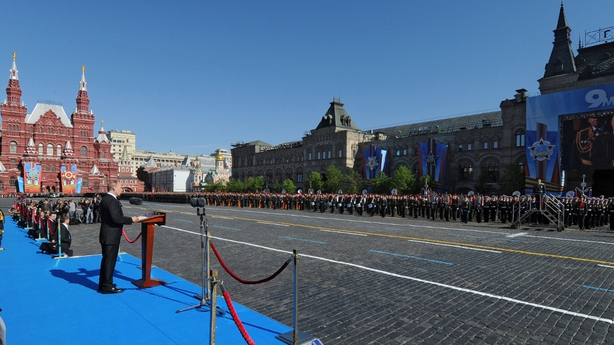 "This is a holiday when all-conquering patriotic force triumphs, when we all feel especially strongly what it means to be true to the Motherland and how important it is to be able to stand up for its interests," Mr Putin said at the Moscow parade.

The event took on particular significance as Russia is locked in a standoff with the West over its support for separatists in Ukraine and following its annexation of Crimea, where Russia's Black Sea fleet is based in Sevastopol.

The Moscow parade began with Defence Minister Sergei Shoigu standing up in a specially designed car to inspect the troops, including marines from the Black Sea fleet based in Crimea, followed by a display of military hardware.

The parade put on view around 150 items of military hardware including for the first time the new Tor-M2U air defence missile system, the powerful Chrysanthemum-S anti-tank missile system and Typhoon armoured vehicles.

A total of 69 aircraft were to fly 200 metres above Moscow rooftops including Tupolev TU-160 bomber jets.

Russia and other ex-Soviet countries mark Nazi surrender a day later than Western countries celebrate VE Day due to the time difference.

President Putin flew directly from the parade in Moscow to take part in celebrations in Sevastopol.

Earlier, German Chancellor Angela Merkel had said it would be a "pity" if Mr Putin were to "use" the commemorations to make his first visit to Crimea since annexation. 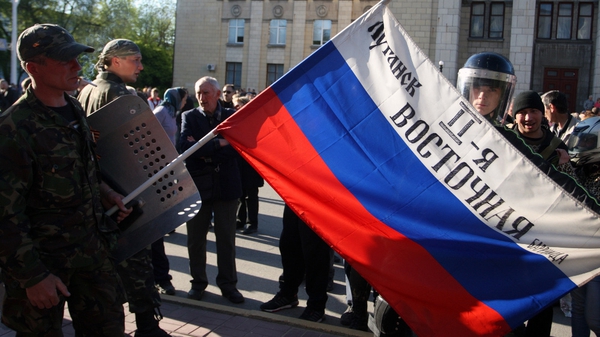