The General Secretary of the Irish Nurses and Midwives Organisation has called on the Government to lift the moratorium on staffing.

Liam Doran made his comments as the INMO's annual conference got under way in Kilkenny this morning.

The union said that since 2009, over 5,000 nursing and midwifery posts have gone, with the recruitment embargo last year resulting in 850 posts being lost.

Speaking on RTÉ's Today with Sean O’Rourke, Mr Doran said the union wants a plan which would commit the Government to reverse the recruitment moratorium.

"What we want coming out of Government is an acknowledgment that they cannot continue to cut. What we want is that international research now confirms a properly funded, a properly staffed health service is an economic good, " he said.

Mr Doran said the various scandals within Ireland's maternity services were as a result of under staffing.

"In Portlaoise, we identified one to 55, I think there's disclosures today that it was as bad as one to 70 in recent times.

Too many patients for too few beds

Speaking in Kilkenny this morning, Mr Doran said that over 22,300 patients were on trolleys in hospital Emergency Departments from January to April this year.

He said there are still too many patients for too few beds.

During April alone, there were 6,200 patients on trolleys, he said.

Mr Doran said that while the overcrowding figures are down 8% compared with the same period last year, the situation is still very bad.

Mr Doran also said the Government and public need to know there is no further room for cuts in the health system.

He said that six years into cuts, patient care is being compromised. 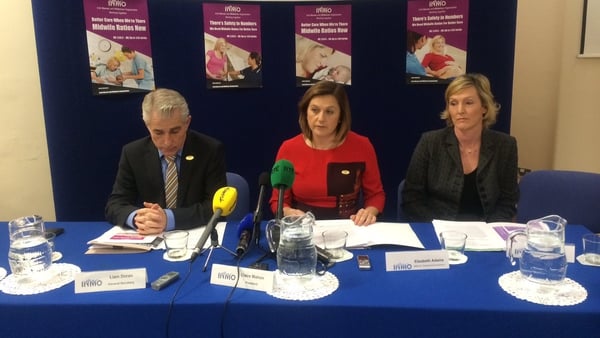