Shareholders have voted to approve the pay increase to Aer Lingus chief executive Christoph Mueller by a tiny margin.

The development means a number of institutional investors backed the Government, which voted against the pay package.

The vote is non-binding but represents a significant blow for the board of the airline.

He said since Mr Mueller had joined Aer Lingus he had built a new business model which had delivered four years of operating profits totalling €236m.

He added that Aer Lingus shares were up three times and shareholders were now receiving a substantial dividend since the CEO joined.

Mr Barrington said that Mr Mueller's pay was "well below" the average for Irish publicly-listed companies.

He said the "retention of the CEO was critical for development" of the airline.

Vote on pay at Aer Lingus was put to a poll of shareholders after the AGM concluded.

Mr Barrington's comments come after the Government said it would vote against the remuneration report at the annual general meeting.

Ryanair voted in favour of the pay package for Mr Mueller.

Ryanair director Howard Millar also asked for a poll on the resolution to re-elect David Begg to the board of Aer Lingus.

The State holds a 25% stake in Aer Lingus and has expressed strong concerns to management about a 15% increase to the contribution to Mr Mueller's pension fund.

The Department of Transport said the airline was facing a serious problem in its shared pension scheme with the Dublin Airport Authority.

Resolving that will involve significant reductions in benefits for members.

The department said it was "totally inappropriate" that the contribution to Mr Mueller's pension should rise.

However, it said the airline's performance under Mr Mueller and the management had been excellent. The vote is not binding. 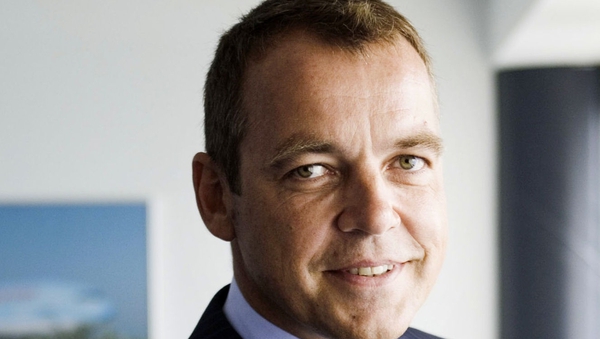