Government Chief Whip Paul Kehoe has said he has asked Opposition whips to consider carefully the people they appoint to the Oireachtas banking inquiry.

Speaking on RTÉ's Morning Ireland, he said the Committee on Procedure and Privileges will look at the members to ensure there is no bias involved.

He also said he had no doubt that political parties would be very careful when selecting members to represent their party on the committee, which will have a Government majority.

Meanwhile, the Fianna Fáil spokesperson on finance has said the banking inquiry needs to look at the causes as well as the handling of the banking crisis.

Also speaking on RTÉ's Morning Ireland, Michael McGrath said he would be interested in being on the committee for the inquiry.

Asked about remarks by Taoiseach Enda Kenny yesterday about the inquiry looking at the consequences of light-touch regulation introduced by Fianna Fáil, Mr McGrath said it was a cause of concern that at the outset of the inquiry process the Taoiseach would adopt a partisan party political approach.

He said he hoped that approach would not characterise the inquiry.

Deputy McGrath also said he hoped the inquiry would not be used to maximise the political advantage for the Government parties in the lead up to the next general election.

He said he expected two former leaders of his party, Brian Cowen and Bertie Ahern, would be called to the inquiry and that both men had said publicly they would co-operate with any inquiry. 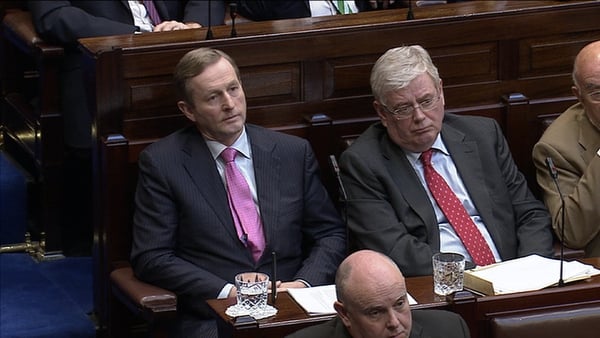 Lynch: Banking inquiry will be "thorough"