A report by the Inspector of Prisons has highlighted overcrowding, dirty communal areas and overpricing in the shop at the Dóchas Centre in Dublin.

The Dóchas Centre is the principal prison for women prisoners in Ireland and is located within the Mountjoy Prison campus.

The interim report, published by Minister for Justice Alan Shatter this afternoon, found that overcrowding continues to be a problem with a serious impact on the prison's regime.

The Visiting Committee said it encountered overcrowding throughout 2013 at an average of 115% on most of its visits.

Inspectors found many prisoners doubled up in rooms and on some occasions they were being housed in recreation rooms.

On one visit there were five women sleeping in a recreation room, which had no curtains on the windows and clothing was stored under beds.

The report says it is inappropriate that homeless women or those needing treatment for addiction are sent to the Dóchas Centre from the courts.

It says it would be more suitable for them to be given non-custodial sentences or treatment programmes.

The committee said it feels very strongly that mothers with young babies should not be jailed.

However, the inspectors praised the Dóchas Centre for its attempts to facilitate mothers who have their babies with them saying extra effort has been put in to ensure their needs are met.

At one point last year there were four babies in the Mother and Babies Unit where new baby equipment was purchased.

Prices in the prison shop have been described as prohibitive in the report, with very basic items comparatively overpriced.

The inspectors also said the issue of illegal substances continues to be a problem with a number of instances of women bringing drugs into the prison on return from temporary release.

A number of women have become ill, having seizures and on occasion hospitalised as a result.

Responding to the report this afternoon, Mr Shatter said the Prison Service is looking at innovative ways to reduce numbers in prisons in a planned, structured way and that is in the best interests of the prisoners concerned and also the community.

He said the concerns raised in terms of the general maintenance of the Dóchas Centre are being addressed.

The Minister said overcrowding, drugs and staff shortages are ongoing issues of concern.

In a statement, he said: "As outlined in the Prison Service Three Year Strategic Plan, it is intended to align the capacity of our prisons with the guidelines laid down by the Inspector of Prisons during the lifetime of the strategy, in so far as this is compatible with public safety and the integrity of the criminal justice system". 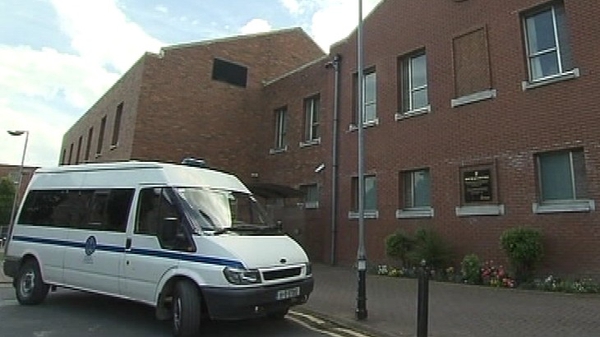