He said the electorate might still be angry, but added that voters are now engaging with his candidates on the doorsteps.

A key preoccupation with people was jobs and the prospects for their children, he said.

Fianna Fáil has three MEPs but winning an extra seat in the capital is a key priority.

Mr Martin said the focus of the electorate was now the performance of Fine Gael and Labour rather than Fianna Fáil's record.

The Government's plans for water charges were "farcical", he said.

He claimed the measure had been put through the Oireachtas with minimum debate.

This had led to a situation, he said, where at the "11th hour" there was no clarity about standing charges or the average bill consumers would face.

He also said that next month's European Elections will be the most important in 40 years.

The party's manifesto promotes support for a banking union and a financial system that would support companies that want to invest.

Other provisions include an increased EU budget for regions suffering from economic downturns.

On claims that his leadership was being questioned by his colleagues, he insisted his focus was on the Local and European Elections.

The focus of the party should be on getting its candidates elected, he added. 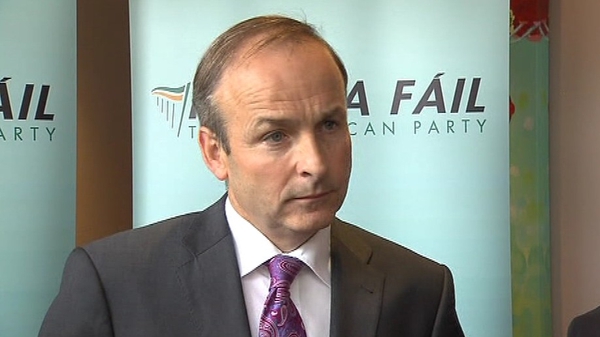