The leader of the Catholic Church in Ireland, Cardinal Seán Brady, has given a wholehearted welcome to the Taoiseach's initiative to encourage Pope Francis to visit the country.

Mr Kenny availed of the opportunity to tell Pope Francis that if the Irish bishops were to formally invite him to Ireland, the Government would do everything to ensure such a visit would be a success.

He also assured the Pope of his enthusiastic support for his new approach to leading the world's 1.1bn Catholics.

Last night, a spokesman for the Primate of All Ireland, Cardinal Brady, said the Cardinal wholeheartedly welcomes the Taoiseach's initiative.

The spokesman said that the bishops' quarterly meeting in June would discuss issuing a formal invitation to the Pontiff.

He also welcomed the Taoiseach's announcement that Tánaiste Eamon Gilmore will bring to Cabinet this week the name of a nominee for the post of Ambassador to the Holy See and that this person will re-open the embassy in Ireland.

The embassy was closed for economic reasons in 2011, bringing relations between the Catholic Church and the Government to a low point.

The spokesman said Mr Kenny's initiative and the imminent recommendation to Government by the Tánaiste mark the turning of a new leaf in Church-State relations in Ireland. 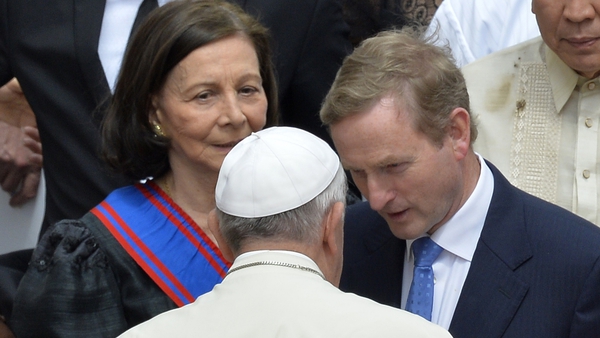