Taoiseach Enda Kenny has said he has every expectation the Government parties will see out their term in office.

Mr Kenny was commenting on strains within the Labour Party, which were sparked by MEP Phil Prendergast's call for leader Eamon Gilmore to resign.

However, Mr Gilmore said he has no intention of stepping down as leader of the Labour Party.

Speaking in Athenry in Co Galway this afternoon, Mr Gilmore said comments by Ms Prendergast about his leadership are "not helpful".

He said engaging in "a family row" three or four weeks out from an election was not wise.

Mr Gilmore said it did not assist other candidates contesting the Local and European Elections.

He said he had a "job of work" to do and he was focused on that task.

The Ireland South candidate said she is reflecting the views of "members of every level of the party" when she is calling for a change of leadership.

She said: "Ministerial level acknowledges there is a lot of negativity out there, that you have to talk people around.

"When you're with somebody like Joan Burton and she is acknowledged as being someone that is really positive within the Labour Party, I just think that is a reflection of where we need to go."

Meanwhile, deputy leader of the Labour Party, Joan Burton, has said that there is no leadership question in her party and that Mr Gilmore has her support.

Speaking to RTÉ, Ms Burton described Ms Prendergast as a "person of substance",  but suggested that her call to Mr Gilmore to step down was born out of disappointment at her poor poll results.

Ms Burton said she herself had been surprised to hear the comments.

But she said that the way to deal with poor results was for Ms Prendergast to get out and campaign and tell people of her work as an MEP.

He told RTÉ's Six One, that Mr Gilmore has been a spectacular leader, who has achieved the highest electoral results that Labour has ever had and will lead the party into the next general election.

Speaking in Carlow, he said he did not know that Ms Prendergast was going to make such a statement this morning.

He also said he would speak to her today and that he intends canvassing with her.

Minister for Communications Pat Rabbitte said he did not want to comment on Ms Prendergast's call, but said he supported the ongoing leadership of Mr Gilmore.

The minister said Labour had to do a lot of difficult things in Government, for which it is now bearing the brunt of responsibility.

Minister of State Kathleen Lynch has said Ms Prendergast's comments are a distraction ahead of the Local and European Elections.

Speaking on RTÉ's Today with Sean O'Rourke, Ms Lynch said: "There are other issues that should be dealt with during this election and Eamon Gilmore's leadership is not one of them."

She said it is unfortunate that the leadership of the Labour Party is being discussed instead of the issues that confront the country.

The leadership has not been discussed by party members in Government at "any great length", she added.

The Millward Brown poll published in the Irish Independent shows a rise in support for the main Opposition parties at the expense of the Government.

The poll was carried out on Tuesday and Wednesday of last week, well after details of divisions between Fine Gael and Labour over water charges were reported.

The poll, which is largely in line with other recent polls, puts support for Fine Gael on 25%, an 11-point drop on the party's General Election performance.

Labour is on 6%, down 13 points from the General Election.

Fianna Fáil, Independents and Sinn Féin have all benefited from the decline in support for the Government parties.

Fianna Fáil is on 23%, up six points on the General Election.

Sinn Féin has more than doubled its support - up to 21% from the 10% it achieved three years ago.

Independents and Others are on 23%. 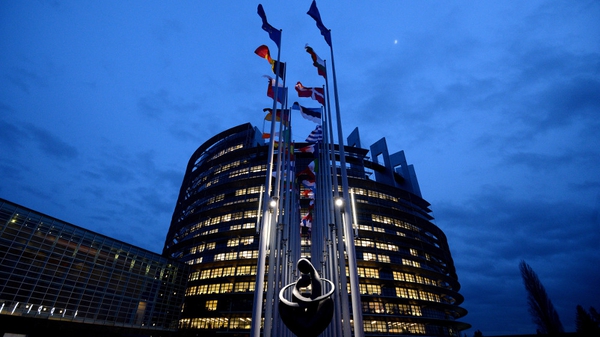