The Health Service Executive is to ban the use of electronic cigarettes in all health service facilities from the beginning of next month.

The move follows a review of their safety and the impact of e-cigarettes on its smoke-free campus policy.

They are currently unregulated in Ireland and their use is not covered by the workplace ban on smoking.

The HSE said the sale and use of e-cigarette at its facilities, including hospitals, will be banned from 1 May.

It said that as the organisation responsible for health promotion and improvement, it can only recommend "safe and effective products" and strategies for quitting smoking.

It said that there is no conclusive evidence that e-cigarettes are safe for long-term use or are effective as a smoking cessation aid.

The HSE is also concerned that because the devices resemble ordinary cigarettes, their use may promote or re-normalise smoking, disrupt the environment for non-smokers and make it harder for smokers to quit.

The HSE's National Director for Health and Wellbeing said the executive cannot endorse a product that has not been scientifically proven to help people give up smoking.

Speaking on RTÉ's Morning Ireland, Dr Stephanie O'Keeffe said the executive can only recommend "safe and effective products" for quitting smoking and it has not yet been proven whether e-cigarettes are an effective aid.

She said a lack of regulation means the HSE cannot determine whether are not they are safe to use and that the number of different products on the market and the substances contained in them varies significantly.

Dr O'Keeffe that people who use nicotine replacement therapies that have undergone clinical trials will double their chances of being successful at giving up smoking.

Spokesperson for the Irish Association for Emergency Medicine, Fergal Hickey, welcomed the ban.

He said nicotine remains a dangerous drug and instances of nicotine poisoning, especially in children, have increased significantly in recent years.

Mr Hickey said the first three months of the year saw the same number of nicotine poisoning cases being reported as had been for the whole of 2013.

He said the prevalence of e-cigarettes could encourage people to take up an addictive habit and that it is important to try to reduce the availability of what is "potentially a poisonous substance".

US agency to ban e-cigarette sales to under 18s

The US Food and Drug Administration proposed rules today that would ban the sale of e-cigarettes to anyone under 18.

However, the rules would not restrict flavoured products, online sales or advertising, which public health advocates say attract children.

The long-awaited proposal would subject the e-cigarette industry to federal regulation for the first time.

Critics of e-cigarette advertising say it risks introducing a new generation of young people to conventional cigarettes when little is known about the long-term health impact of the products.

A law passed in 2009 gave the FDA authority to regulate cigarettes, smokeless tobacco and roll-your-own tobacco and stipulated the agency could extend its jurisdiction to other nicotine products after issuing a rule to that effect.

In the short term, the rule would prohibit companies from distributing free e-cigarette samples, forbid vending machine sales except in adult-only venues and prohibit sales to minors.

The addiction warning would have to be added no later than two years after the rule is set. The companies would not be allowed to make health claims in any advertising.

The proposal is subject to a public-comment period of 75 days.

Advocates of e-cigarettes claim they are a safer alternative to conventional cigarettes, since they do not produce lung-destroying tar.

But there is little data about their long-term safety. 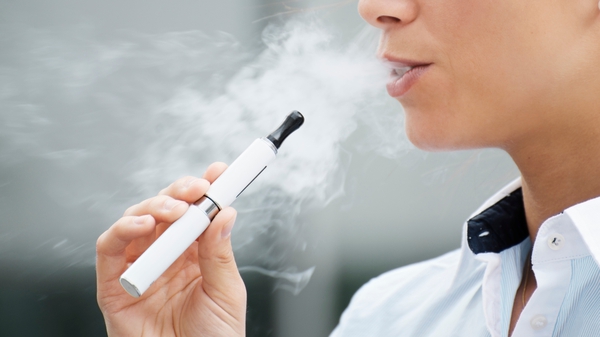