"We have a few elements of information but I do not have the proof," President Hollande said in a radio interview.

He made the comments after he was asked about reports that President Assad was currently using chemical weapons.

"What I do know is what we have seen from this regime is the horrific methods it is capable of using and the rejection of any political transition," he told the Europe 1 radio station.

French Foreign Minister Laurent Fabius told the same radio station there were "indications, which have yet to be verified, that there have been recent chemical attacks".

He said they were "much less significant than those in Damascus a few months ago, but very deadly", and had taken place in the northwest of the country, near the Lebanese border.

Under the terms of the US-Russia brokered deal reached last year, Syria has until the end of June to destroy its chemical weapons if it wants to ward off the threat of US air strikes.

The agreement was reached after deadly chemical attacks outside Damascus last August that the West blamed on President Assad's regime.

Last week the Organisation for the Prohibition of Chemical Weapons (OPCW), the global chemical watchdog, said Syria had surrendered almost two-thirds of its chemical weapons. 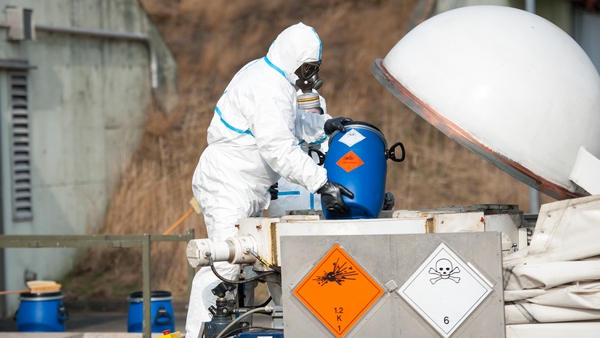 Nearly half of Syrian chemicals removed