Up to 5,000 people have attended a military ceremony commemorating the 1916 Easter Rising at the GPO on O'Connell Street in Dublin.

The ceremony involved prayers of remembrance, a reading of the Proclamation and the laying of a wreath by President Higgins.

The National Anthem was played and the flag was lowered to half-mast. A minute's silence was observed.

Around 170 members of the defence forces; from the army, navy and reserve forces took part in the ceremony.

The crowd applauded after the Proclamation was read out and the event concluded with a fly-past by the Air Corps. 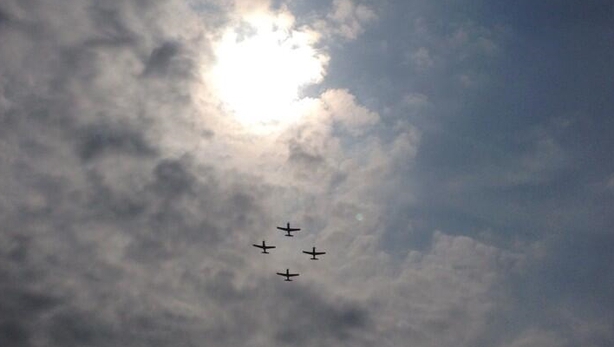