A clearer picture has started to emerge of the situation when a South Korean ferry capsized, with the release of a radio conversation between controllers and the ship.

Witnesses have said the 'Sewol' turned sharply last Wednesday before it began listing.

It is still not clear why the vessel turned. It took more than two hours for it to capsize but passengers were ordered to stay put in the cabins.

In the audio file and transcript of the radio communication made public by the coast guard, the crew were worried about the number of lifeboats.

"Since we don't know situations there, you, the captain, should make the final decision on whether or not to evacuate the passengers," the vessel controller said to the captain, in the radio communication.

"No. I asked if the passengers can be rescued immediately once they evacuate now," replied someone on the bridge of the ferry, according the radio communication.

Captain Lee Joon-seok was not on the bridge when the ship turned. Navigation was in the hands of a 26-year-old third mate who was in charge for the first time in the passage, according to crew members.

Witnesses said the captain and some crew members took to rescue boats before the passengers.

Mr Lee said earlier he feared the passengers would be swept away by the strong currents if they jumped into the sea, but he has not explained why he left the ferry.

More than 58 people are now known to have died and 252 are presumed dead.

Earlier today, distraught relatives of the hundreds of missing people inside the sunken ferry clashed with police.

Most of the passengers were schoolchildren on an outing.

The 69-year-old captain was arrested yesterday on charges of negligence along with two other crew members, including the third mate.

Prosecutors investigating the disaster said they would seek to extend their detention by ten days as they tried to determine the cause of the tragedy.

The ship was on a 400km voyage from Incheon to the southern holiday island of Jeju island. 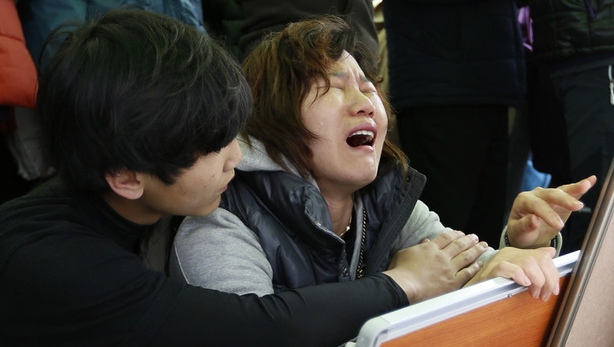 Until last night, coastguard divers had struggled to get into the passenger quarters of the ferry which sank in 27 metres of water in calm seas while on the well-travelled route.

Though shallow, the murky sea is subject to some of the fiercest currents around the Korean peninsula.

But ropes have been fixed to guide divers into the vessel and back out.

"We are now putting in four guide lines, before there was only one, so their access will become faster," Ko Myung-suk, a coast guard official, told a news briefing in the rescue centre in the port of Jindo.

The sinking looks set to be the country's worst maritime disaster in 21 years in terms of loss of life.

South Korean officials are still characterising the operation as a "rescue" although marine experts say that it is unlikely that there are any survivors. 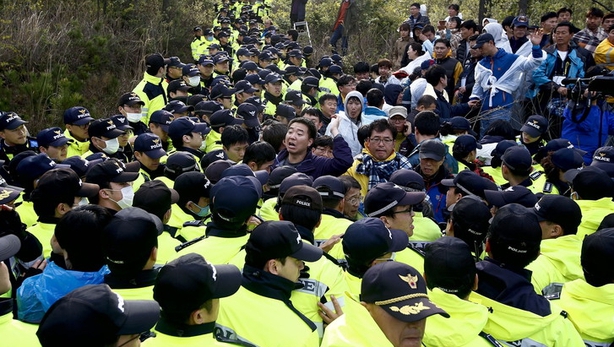 Up to 100 relatives gathered near a bridge linking Jindo island to the mainland and tried to march across to take their protest to the capital, Seoul.

But police formed two lines to prevent the pushing and shoving relatives reaching the bridge.

"Bring me the body," said weeping mother Bae Sun-ok as she was comforted by two policemen at the bridge.

Investigation into the incident under way

Early reports suggest that the ferry may have turned sharply and then listed before capsizing.

It took about two hours to go over but passengers were ordered to stay put in their cabins and not go up to the deck where they might have been rescued. 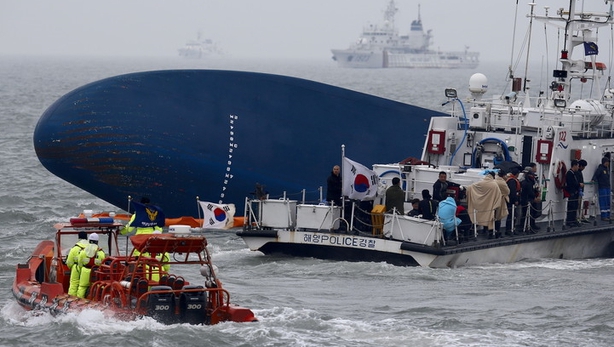 Asked why that order was given instead of abandoning the ship, Mr Joon-seok, apparently overwhelmed by the scale of the disaster, told reporters he feared they would have been swept out to sea in the strong, cold current.

Of the 476 passengers and crew, 339 were either pupils or teachers from a high school in Ansan, a commuter city outside Seoul.

Relatives gathered in a gymnasium in Jindo have spent four days and nights awaiting news of their loved ones. 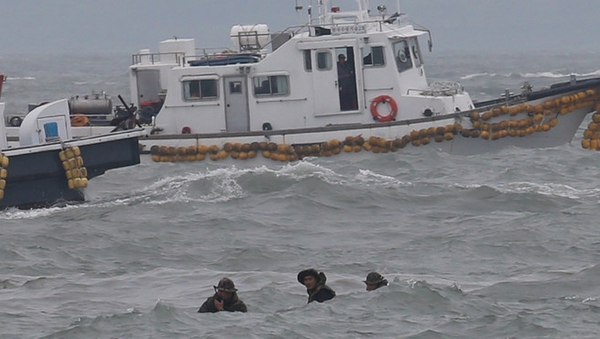