Nigeria's military said its forces had freed most of the more than 100 teenage schoolgirls abducted by Islamist Boko Haram militants.

The military is continuing the search for eight students still missing after being taken from the Chibok government secondary school in northeast Borno state.

In a brief statement, military spokesman Major General Chris Olukolade said one of the "terrorists" involved in Monday's abduction had been captured.

He did not specify exactly how many of the girls snatched from their school by the anti-government Islamist movement had been rescued or give details of how or where they were freed.

An earlier statement from the military had put the total number of students kidnapped at Chibok at 129, and said pursuing troops were "closing in" on the abductors' hideout.

A spokesman for Nigerian President Goodluck Jonathan, Reuben Aabati, told Reuters he had been informed of the development.

The mass abduction of schoolgirls, aged between 15 and 18, has shocked Nigeria.

It showed how the five-year-old Boko Haram insurgency has brought lawlessness to swathes of the arid, poor northeast, killing hundreds of people in recent months.

The abduction occurred the same day a bomb blast, also blamed on Boko Haram, killed 75 people on the edge of the capital, Abuja.

The events stirred fears of violence spreading from the north of Africa's number one oil producer and most populous nation.

Mr Abati said President Jonathan had called a meeting of his National Security Council for tomorrow to review the security situation in the country.

With elections due in February, the president is under intense pressure to contain the Boko Haram insurgency and additional communal sectarian violence in Nigeria's centre-north.

Earlier, officials said the Boko Haram raiders had duped the schoolgirls into thinking they were soldiers come to protect them before abducting them.

"When we saw these gunmen, we thought they were soldiers, they told all of us to come and walk to the gates, we followed their instructions," 18-year-old Godiya Isaiah, who managed to flee from her abductors, told Reuters. 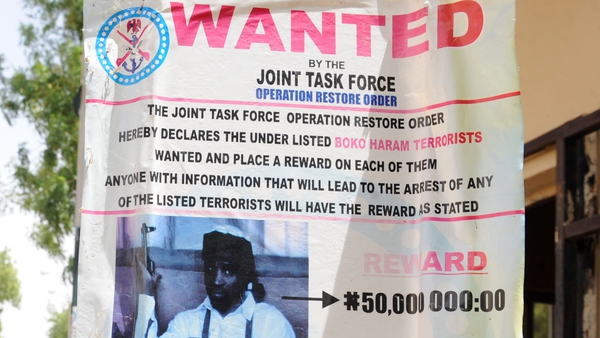