The current head of the HSE's acute hospital services, Ian Carter, approved the €51,617 post graduate training allowance for a clinician at St James's Hospital when he was chief executive there.

That is according to details of the hospital's business case made to the Health Service Executive for the retention of the payment, obtained by RTÉ News.

Mr Carter was also a member of the HSE's Internal Review Panel, which has rejected over 100 allowances, including the post graduate training allowance previously approved by him in 2009.

The allowance is the largest individual sum listed in the Review Panel's report on Section 38 agency allowances, which was given to the Public Accounts Committee yesterday.

In a statement today, the HSE said that Mr Carter's role as former CEO of St James's pre-dates a circular on public pay, issued by the Department of Health in September 2013.

It stated that all staff within Section 38 agencies should be in compliance with public pay policy.

The HSE says it was against this policy that decisions were taken in relation to all of the business cases assessed by Internal Review Panel.

In its business case to the HSE, St James's asked that the post graduate training allowance be continued until the next contract review in 2015, but the case was rejected.

The submission also notes that the allowance was originally in place under the now defunct Postgraduate Medical and Dental Board but was continued after a review by the head of St James's.

In its submission, St James's also said that ten clinical director allowances for consultants who also have management roles, totalling €289,790 a year, were provided for under the common contract for hospital consultants.

This case was also rejected by the HSE Review Panel. 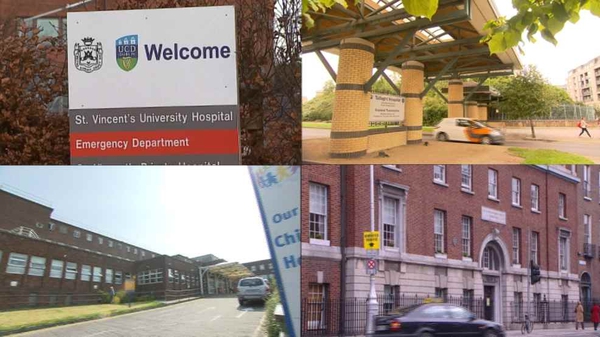