Investigators examining the disappearance of Malaysia Airlines Flight MH370 suspect that the co-pilot of the jet tried to make a call with his cellphone after the plane was diverted from its scheduled route, Malaysia's New Straits Times reported sources as saying.

The newspaper cited unidentified investigative sources as saying the attempted call from co-pilot Fariq Abdul Hamid's phone was picked up by a cellphone tower as the plane was about 200 nautical miles north-west of the west coast state of Penang.

That was around where military radar made its last sighting of the missing jet at 2.15am local time on 8 March.

"The telco's (telecommunications company's) tower established the call that he was trying to make. On why the call was cut off, it was likely because the aircraft was fast moving away from the tower and had not come under the coverage of the next one," the New Straits Times cited a source as saying.

Government officials could not immediately be reached for comment on the report.

The New Straits Times quoted acting Transport Minister Hishammuddin Hussein as saying that the report needed to be verified.

But he appeared to cast doubt on the report by saying: "If this did happen, we would have known about it earlier."

The New Straits Times cited separate investigative sources as saying that a signal had been picked up from Mr Fariq's cellphone, but that it could have resulted from the device being switched on rather than being used to make a call.

Malaysia is focusing its criminal investigation on the cabin crew and the pilots of the plane - 53-year-old captain Zaharie Ahmad Shah and 27-year old Mr Fariq - after clearing all 227 passengers of any involvement, police have said.

Investigators believe that someone with detailed knowledgeof both the Boeing 777-200ER and commercial aviation navigation switched off the plane's communications systems before diverting it thousands of miles off its scheduled course.

Meanwhile, the search for the missing jetliner has resumed, five weeks after the plane disappeared from radar screens.

There are fears that batteries powering signals from the black box recorder on board may have died.

Australian Prime Minister Tony Abbott warned yesterday that signals picked up during the search in the remote southern Indian Ocean, believed to be "pings" from the black box recorders, were fading.

The plane's disappearance triggered a multinational search that is now focused on the Indian Ocean.

Search officials say they are confident they know the approximate position of the black box recorder, although they have determined that the latest "ping', picked up by searchers on Thursday, was not from the missing aircraft.

Batteries in the black box recorder are already past their normal 30-day life, making the search to find it on the murky sea bed all the more urgent.

Once they are confident they have located it, searchers then plan to deploy a small unmanned "robot" known as an Autonomous Underwater Vehicle.

"Work continues in an effort to narrow the underwater search area for when the Autonomous Underwater Vehicle is deployed," the Australian agency coordinating the search said today.

"There have been no confirmed acoustic detections over thepast 24 hours," it said in a statement.

The black box records data from the cockpit and conversations among flight crew and may provide answers about what happened to the plane, which flew thousands of kilometres off course after taking off.

The mystery has sparked the most expensive search and rescue operation in aviation history.

Malaysia's government has begun investigating civil aviation and military authorities to determine why opportunities to identify and track the flight were missed in the chaotic hours after it vanished.

Analysis of satellite data has led investigators to conclude the Boeing 777 crashed into the ocean somewhere west of the Australia city of Perth.

So far, four "ping" signals, which could be from the plane's black box recorders, have been detected in the search area in recent days by a US Navy "Towed Pinger Locator".

"We are now getting to the stage where the signal from what we are very confident is the black box is starting to fade and we are hoping to get as much information as we can before the signal finally expires," Mr Abbott said yesterday.

Up to nine military aircraft, one civil aircraft and 14 ships are involved in the search.

The extensive search and rescue operation has so far included assets from 26 countries.

Experts say the process of teasing out the signals from the cacophony of background noise in the sea is slow and exhausting.

An unmanned submarine named Bluefin-21 is on board Australia’s Ocean Shield, which has the towed pinger locator on board, and could be deployed to look for wreckage on the seafloor some 4.5 km (2.8 miles) below the surface once a final search area has been identified. 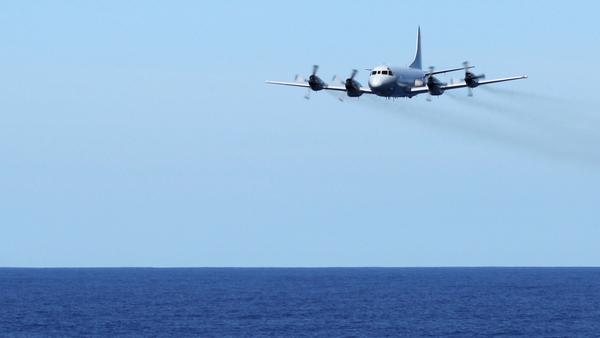