The Labour Court has ruled that cost reductions sought by Iarnród Éireann are unavoidable if the future of the company and the employment that it maintains are to be protected.

However, in a recommendation issued today, the court said that the period during which pay cuts would apply must be reduced from 36 months to 28 months, after which pay levels would be fully restored.

The recommendation modifies previous proposals brokered at the Labour Relations Commission which included pay cuts ranging from 1.7% to 6.1%.

The Labour Court also recommended that during the shorter 28-month wage reduction period, the company should be precluded from pursuing any additional cuts in pay or conditions.

It calls for the establishment of a committee to pursue non-payroll reductions at Iarnród Éireann, with any additional savings secured applied to reduce the impact on payroll.

It also recommends that staff who have applied for voluntary severance should receive the same terms as 318 other employees who have already left the company.

Labour Court Chairman Kevin Duffy says that the court has consistently pointed out that it will only recommend retrenchment in established conditions of employment where, on independently verified financial evidence, it is "plainly and unambiguously necessary" to do so in order to protect employment.

Iarnród Éireann had argued that the company has suffered a "catastrophic" drop in income since 2008, due to a cut in government subvention, a rise in fuel costs and a fall in passenger numbers.

It also maintained that cuts were necessary to ensure the company's survival.

The recommendation states that the accumulated losses for the company between 2008 and 2013 amounted to €147.9m.

General Secretary of the National Bus and Rail Union Dermot O'Leary noted that the duration of the pay cuts had been shortened by eight months, and that efforts would be made to secure non-payroll savings.

However, he observed that his members had rejected the LRC proposals by 82% and that there was no guarantee that they would accept the Labour Court recommendation, as there were trust issues involved. 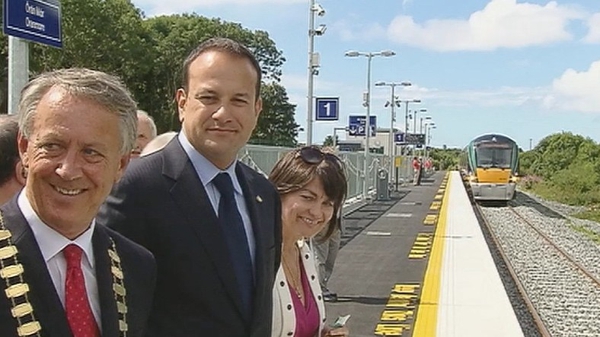