A pioneering European Union survey into the impact of pests and diseases on honey bees has found that death rates were lower than feared.

The study in part counters concerns about the collapse of colonies of the crop-pollinating insects.

The winter of 2012-13 was particularly cold and the highest mortality rates were in northern countries with harsher climates.

During the beekeeping season, when the insects are active, mortality rates were between 0.3% percent and 13.6%.

"It's the first major study of pests and diseases that affect honey bees. A lot of it seems very encouraging," said Tom Breeze, a specialist in bees at the University of Reading in Britain.

Mr Breeze was not involved in the study, which was made public by the European Commission.

By comparison, US beekeepers lost nearly a third of their colonies last winter as part of a largely unexplained decline in the population that could affect food supplies.

The study found that overall prevalence of the bee disease American foulbrood was low in all the monitored EU member states, ranging from 0% to 11.6%.

European foulbrood was even lower. Only five member states observed positive cases and the clinical prevalence exceeded 2% in only one member state.

Varroosis, a disease caused by a mite, was however observed in nearly all the monitored member states.

The survey was financed by the 17 out of 28 EU member states which took part and by the European Commission, which contributed €3.3m.

It said the study would be followed up with further research.

Environmental campaigning group Greenpeace welcomed the study as far as it went, while saying that it left out analysis of the impact of pesticides and changes to biodiversity.

"This is the first year in which some sort of monitoring has started. Finally it's a first step in the right direction, "Greenpeace's EU agriculture policy director Marco Contiero said.

Last week, the Red List of the International Union for Conservation of Nature found that almost a quarter of Europe's bumblebee population is at risk of extinction because of loss of habitats and climate change.

It has banned the use of certain pesticides, known as neonicotinoids, suspected of harming bees.

They are produced mainly by Germany's Bayer and Switzerland's Syngenta.

In addition, EU policy-makers are trying to address bee health by insisting on measures such as crop diversification as part of reforms to the Common Agricultural Policy. 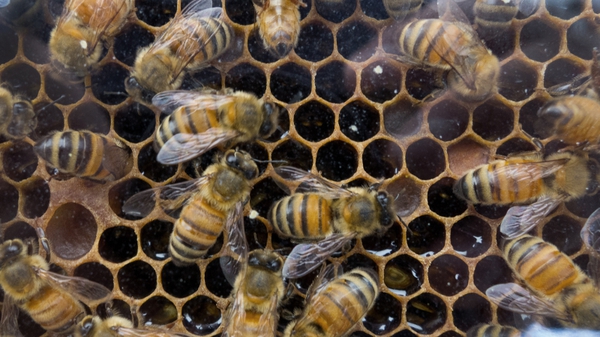