The Irish Medicines Board has confirmed that a number of batches of an anti-depressant drug being recalled by GlaxoSmithKline had been placed on the Irish market.

The recall was ordered following a warning from the US Food and Drug Administration.

It said the active ingredient for the drug, manufactured in Co Cork, may have been contaminated with a solvent from a pharmaceutical waste tank.

The anti-depressant is branded under the names Paxil and Seroxat, depending on the markets, and the active ingredient is called Paroxetine.

In a statement this evening, the IMB said it is also investigating the possibility that further batches of the drug were imported into Ireland from other EU countries.

The board said it is being informed by GlaxoSmithKline that the company is voluntarily recalling the affected batches at wholesale level.

It said it is monitoring this process.

It is understood that inspectors from the board are on site at the GlaxoSmithKline manufacturing plant at Currabinny in Co Cork, to ensure that the company's investigation into what happened has been thorough.

They will also ensure that any additional work necessary is carried out and that measures have been taken to prevent a recurrence.

The IMB said on the basis of information available, there are no patient safety concerns arising from the potential contamination.

The batches of Paroxetine involved were manufactured in Cork between July 2011 and February 2012, and it is thought the medication manufactured from these batches may have already been consumed.

In January 2012, Glaxo became aware that batches of Paroxetine may have been contaminated by a solvent from a pharmaceutical waste tank at the plant.

Glaxo conducted a risk assessment on the quality of the Paroxetine and deemed it safe for use in the manufacture of the anti-depressant.

The US Food and Drug Administration said this was a deviation from good manufacturing practice; it said Glaxo failed to take sufficient corrective action.

Glaxo is now voluntarily withdrawing batches of the drug involved, but insists there is no increased risk to patients' health.

The US Food and Drug Administration has warned GlaxoSmithKline that unless the company addresses the deficiencies identified at its Currabinny plant it may withhold approval for any of its new products .

It said it may even ban existing Glaxo drugs manufactured there from the United States.

GlaxoSmithKline has a week to respond. 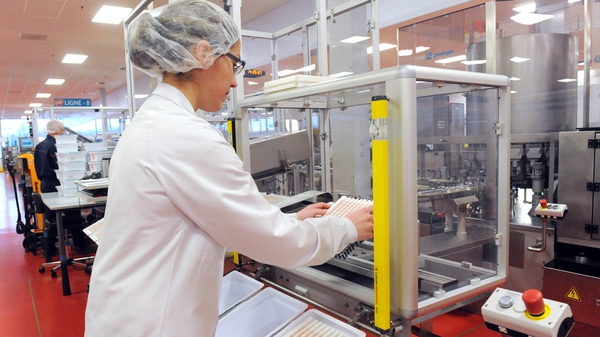 GSK reforms on track as first quarter profit falls by 26%