A new report on the impact of climate change from the UN's expert panel has warned that soaring carbon emissions will amplify the risk of conflict, hunger, floods and migration this century.

It says if left unchecked, greenhouse gas emissions may cost trillions of dollars in damage to property and ecosystems, and in bills for shoring up climate defences.

The report says the impact of climate change was already being felt and would increase with every additional degree that temperatures rise.

In a stark summary, it warns that "increasing magnitudes of warming increase the likelihood of severe, pervasive, and irreversible impacts."

The report is the second chapter of the fifth assessment by the Intergovernmental Panel on Climate Change (IPCC), set up in 1988 to provide neutral, science-based guidance to governments.

The last overview, published in 2007, earned the panel a co-share in the Nobel Peace Prize.

It also unleashed a wave of political action that strived, but failed, to forge a worldwide treaty on climate change in Copenhagen in 2009.

The new document, published in Japan after a five-day meeting, gives the starkest warning yet by the IPCC of extreme consequences from climate change, and delves into greater detail than ever before into the impact at regional level.

It builds on previous IPCC forecasts that global temperatures will rise 0.3-4.8 degrees this century, on top of roughly 0.7 degrees since the Industrial Revolution.

Seas are forecast to rise by 26-82cm by 2100 and warming of around two degrees over pre-industrial times may cost 0.2-2.0% of global annual income.

A climatologist from NUI Maynooth has said the report confirms that climate change is contributing to severe weather events, such as the recent storms in Ireland.

Prof Sweeney said it was incumbent on policy makers not to shirk leadership on the problem of climate change.

He said every nation state tended to behave like an individual and ignore the collective community good of the planet, including the Government, which he said had been trying to seek special exemptions for things like agricultural emissions.

However, he said the message of this report is that we all have a burden to share.

Prof Sweeney also said the debate against the existence of climate change was now over scientifically.

UN members have pledged to hammer out a global pact by the end of 2015 to limit warming to two degrees above pre-industrial levels.

Rainfall patterns will be disrupted, resulting in a significantly higher flood risk, especially for Europe and Asia and magnified drought risks will add to water stress in arid, heavily populated areas, the report says.

This, in turn, will have consequences for agriculture.

Yields of staples such as wheat, rice and corn will be squeezed, just as demand will soar because of population growth, it predicts.

The report says climate change will also have a ricochet effect on health, through the spread of mosquito or water-borne diseases and heatwaves.

Vulnerable plant and animal species, especially in fragile coral reefs and Arctic habitats, could be wiped out.

Adding a further grim layer to the warning, the report said the most vulnerable ecosystems faced a potential "tipping point" that could pitch them into unstoppable decline.

The report says the danger could be substantially reduced, especially for those alive at the end of the century, if greenhouse-gas emissions are cut swiftly.

Even so, countries will have to shore up their defences, for instance, by making water supplies, coastal areas, homes and transport more climate-resilient.

Poor, tropical nations will be hit harder than rich countries in temperate zones.

Many of the measures for adapting to climate change are easy and cheap, said the report.

They include reducing water wastage, planting parks to ease heat build-up in cities, and preventing people from settling in places that are exposed to extreme weather events.

The report was hailed by campaign groups as a call to arms for political leaders around the world.

"It's not just polar bears, coral reefs and the rain forest under threat. It is us," said Kaisa Kosonen, senior political adviser for Greenpeace International.

"Climate change's impact can now be detected everywhere. It's already hurting us. How bad it will get depends on the choices we will make in the future. We are at cross roads.

"Governments own this report. Now we expect them to take it home and act on it, speeding up a transition to clean, safe and renewable energy for all."

Minister for the Environment Phil Hogan has welcomed the report, which he said would inform the Government's response to climate change.

Mr Hogan said that Ireland has a progressive position on climate protection, but that it has a long way to go in terms of recovering from the recent economic and banking crisis, particularly in the context of the very challenging greenhouse gas mitigation target for 2020 set under EU law.

He also said that it is important that economic and environmental objectives are balanced.

He added that economic development and low-carbon transition are not mutually exclusive and can be progressed in parallel.

The Green Party has said it sees many opportunities for Ireland.

Party leader Eamon Ryan said: "The changes we need to make are actually good for the country. Like having a good public transport system is a social gain.

"Having a good food system, getting us eating better which helps climate change is better for our quality of lives, and having an industrial system that cuts out waste from the start is where our opportunity lies."

Aid agency Trócaire said the report reaffirms that the world's poor are suffering the worst effects of climate change, having contributed the least to global warming.

It said the poor are now totally reliant on rich countries in the West to take action.

The Irish Farmers' Association has called for a shift in focus away from what it calls the fatalistic predictions of climate models towards what communities can deliver in terms of sustainable food production.

The ICMSA, which represents dairy farmers, warned against being bounced into a disproportionately damaging carbon emission reduction programme. 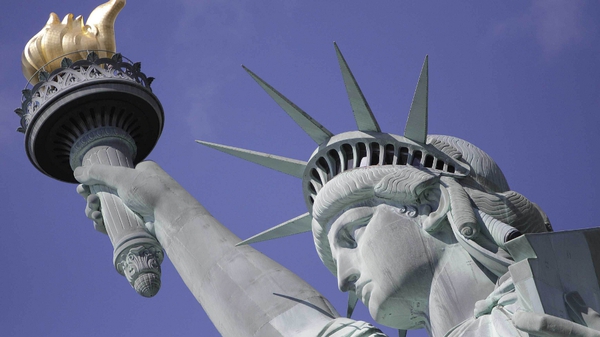