Candidates backed by the National Front (FN) party looked set to secure the southern towns of Beziers and Frejus, the exit polls and partial tallies showed.

It was also likely to win the eastern town of Hayange, the outgoing Socialist mayor there said.

The party run by Marine Le Pen had already made a breakthrough in last week's first round of voting by winning power in the northern town of Henin-Beaumont.

Its previous record was the three towns it won in 1995 local elections.

"Clearly we are entering a new phase, the duopoly of French politics has been broken and we must reckon with a third force," Ms Le Pen said.

Sunday's runoff round of voting came after a week that saw French unemployment surge to a new record, making a reverse of first-round losses by the Socialists unlikely and a cabinet reshuffle by Mr Hollande possible as soon as Monday.

Some 80% of the French want him to dismiss Prime Minister Jean-Marc Ayrault, according to a Harris Interactive poll this week, and ambitious and tough-talking Interior Minister Manuel Valls is their favourite to replace him.

Final turnout was 63.5% - a record low for local elections in a country with a strong attachment to its mayors, who wield considerable power.

Dissatisfaction with Mr Hollande's tenure and a string of legal intrigues involving opposition conservatives were expected to dampen turnout.

Next presidential and parliamentary elections are scheduled for 2017. 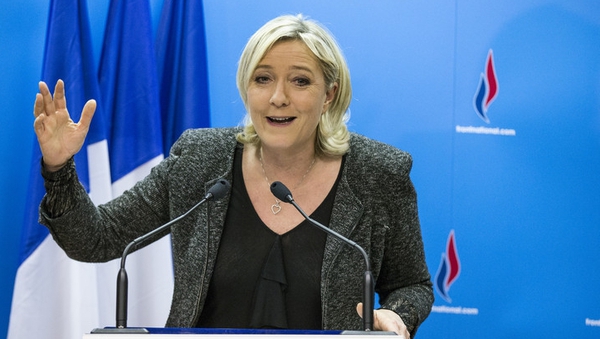