Some minor damage was reported, but there were no reports of injuries.

Emergency services said they had calls about gas leaks and water main breaks.

The earthquake's epicentre was near La Habra, about 35km (22 miles) southeast of downtown Los Angeles.

It could be felt across the LA metropolitan area, including Hollywood.

The earthquake, which was preceded and followed by a number of smaller ones, came after a 4.4-magnitude earthquake jolted the region on 17 March. 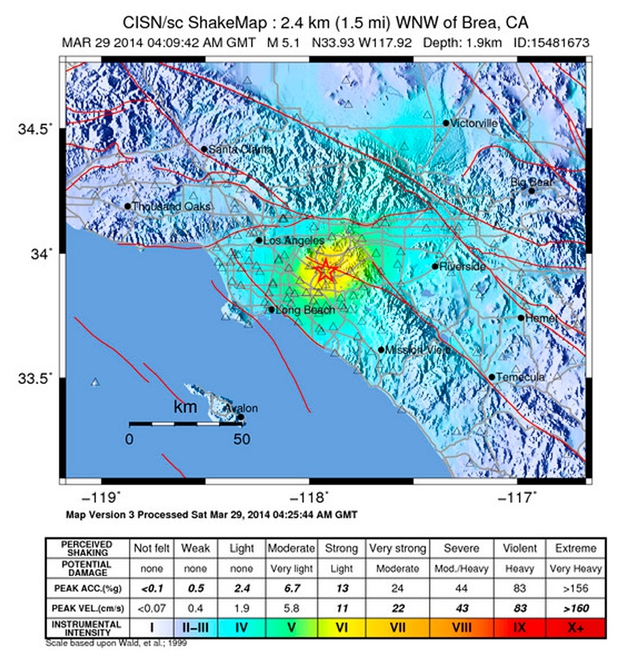 Yesterday's earthquake was felt in Los Angeles as a lower rumbling that lasted up to half a minute, rather than a sharp jolt.

California has long braced for the "Big One".

The western US state is on the so-called Ring of Fire, which circles the Pacific and has produced a number of devastating quakes.

Seismologists say an earthquake capable of causing widespread destruction is 99% certain to hit California in the next 30 years. 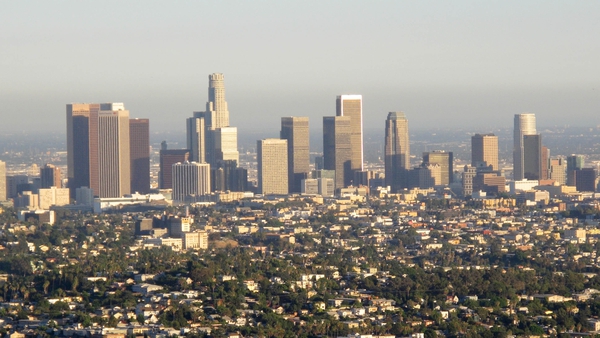