Thirteen retired or serving police officers have been identified as suspects in the ongoing investigation into the Hillsborough disaster, Britain’s Independent Police Complaints Commission (IPCC) has said.

The commission said 11 of these had already been interviewed under caution relating to a range of offences including manslaughter as well as misconduct in a public office and perverting the course of justice.

A spokesman said the other two would be interviewed in the near future.

The spokesman said four of the 13 have been identified as suspects as part of both the IPCC's investigation and also Operation Resolve, the criminal investigation into the 1989 tragedy.

The IPCC's inquiry, the biggest it has ever undertaken, covers the actions of the police in the aftermath of the crush at Hillsborough stadium, Sheffield, which left 96 Liverpool fans dead.

The investigation was announced after the commission reviewed the report of the Hillsborough Independent Panel, which uncovered a huge amount of new evidence about what happened during and after the tragedy.

It is examining allegations including those surrounding amendments to police statements, the actions of the police officers after the disaster and the role of West Midlands Police, which investigated what happened at the time.

Operation Resolve, under the command of assistant commissioner Jon Stoddart, the retired chief constable of Durham Police, is a new, wider-ranging criminal investigation into the disaster.

The IPCC said it could not give any further information about the people who had been arrested and how many of them had been interviewed in relation to allegations of manslaughter. 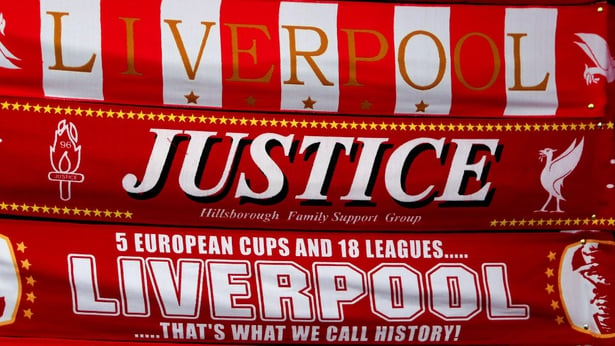 The coroner was told that the BBC has recently found an hour of unseen footage of the disaster which is now being considered by the legal teams.

Pete Weatherby QC, representing 21 families, said: "There is at least an hour of it. It is within the stadium at relevant times."

He said the BBC had previously said it had handed over everything it had but this footage had been recently found.

No further details of the footage were given in court.

The hearing was later adjourned after hearing legal argument around a range of issues including the "pen portrait" statements each family will present to the inquest about their loved ones who died in 1989.

Other aspects of the legal argument included the planned visit of the jury to the stadium in Sheffield and the disclosure of evidence to the various interested parties in the inquest.