Buckingham Palace and Áras an Uachtaráin have given details of the four-day visit by President Michael D Higgins to Britain.

The trip, from 8 to 11 April, will be the first such visit by an Irish Head of State to Britain.

The President and his wife, Sabina, will be guests of Queen Elizabeth at Windsor.

On the first day, they will travel by horse-drawn carriage with the queen and her husband, the Duke of Edinburgh, to Windsor Castle.

President Higgins will address both Houses at the Palace of Westminster that day.

Queen Elizabeth and the President will both make speeches during a state banquet there that night.

On day two of the visit, the President will have a meeting and lunch at Downing Street with British Prime Minister David Cameron.

He will also be guest of honour at a banquet in London's Guildhall.

That night the President will attend a concert at the Royal Albert Hall, which will be a celebration of music, song, dance and poetry.

The Ceiliúradh event, which is already sold out, will be televised on RTÉ.

The President's itinerary includes a series of events to acknowledge the role of Irish people in the UK.

He will visit the University College London Hospital to mark the contribution of Irish workers to the NHS.

On Friday 11 April, after visiting the Shakespeare Company headquarters at Stratford-upon-Avon, the President will address a reception for representatives of the Irish Community at Coventry's Guildhall.

He will be accompanied throughout by Tánaiste and Minister for Foreign Affairs Eamon Gilmore.

Yesterday, as a curtain raiser to the visit, Queen Elizabeth hosted a function for more than 300 people at Buckingham Palace, to celebrate the contribution made by Irish citizens in Britain.

Queen Elizabeth made her first state visit to Ireland in 2011.

A carefully planned programme, which ran for four days, was designed to heal wounds, as well as celebrate shared values in the relationship between neighbouring islands.

Last night's reception at Buckingham Palace was intended to build on what happened three years ago. 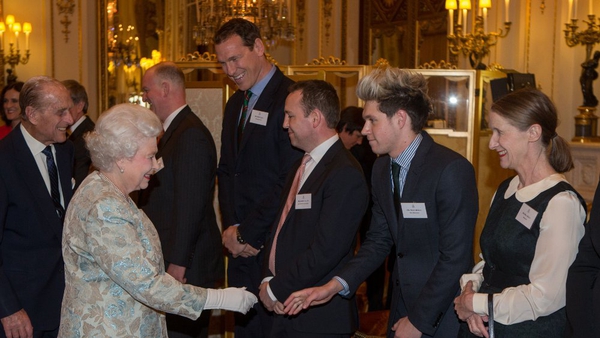