The Environmental Protection Agency has said raw sewage is still going into water systems in 42 urban areas around Ireland.

The agency, which oversees regulations to protect the environment, said the problem has to be dealt with as it is leading to a risk of pollution.

The European Union issued a directive 23 years ago stating that raw sewage should not be going into rivers, lakes or coastal areas from cities, towns or villages.

The EPA said 94% of urban waste water gets what is known as secondary treatment, the minimum of what is required, which is three times more than a decade ago.

But in 42 towns and villages, sewage is discharged untreated, and 30% of secondary treatment plants still do not meet main effluent standards.

In the case of Ringaskiddy, Killybegs and Arklow, such treatment is 13 years overdue.

The EPA has said major investment is needed to address the problems.

The Director of the Office of Environmental Enforcement at the EPA said more money needs to be invested to eliminate the problem of raw sewage being released into the aquatic environment.

Speaking on RTÉ's Morning Ireland, Gerard O'Leary said that despite a threefold investment in waste water infrastructure over the past ten years, the EPA had identified 42 locations that had been left behind.

He said these places still had no sewage treatment plants.

Mr O'Leary also said the EPA had identified another 40 places where waste water treatment plants did not comply with EU standards.

He said there was an infrastructural deficit that the Government needed to address through investment.

Mr O'Leary also said there was a big issue with the operation of some treatment plants, although there were some very good people working in local authorities in wastewater treatment.

He said the Government needed to ensure that all of these people would be combined in one central utility with the creation of Irish Water, so that treatment plants everywhere would get the same consistent level of treatment.

The head of asset management at Irish Water has said it will spend about €300m on infrastructure investment this year.

Jerry Grant told RTÉ's Six One News that this figure will be ramped up very quickly.

He said people have a right to expect clean water and that today's EPA report highlighted the importance of the establishment of Irish Water and bringing a national approach to the issues raised.

Mr Grant said it will take a long time to deal with all of the issues across the country.

However, he said, there are plans in place for a number of centres highlighted in the EPA report.

Mr Grant said there is a major investment challenge and that it would take in the region of €10bn to deal with all of the compliance issues across both drinking water and waste water. 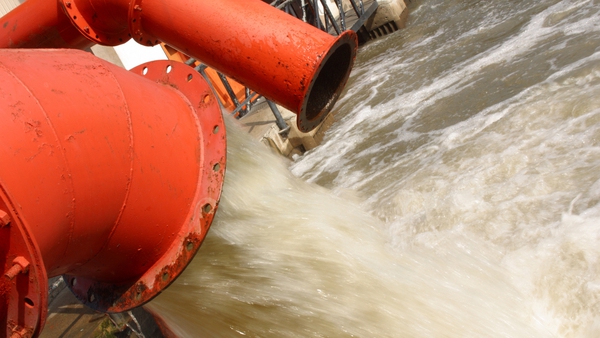 Sewage treatment plant to be built in Clonshaugh