The Rehab Group has told the Public Accounts Committee that 11 senior staff earn between €100,000 and just under €180,000 a year, excluding the chief executive, RTÉ News has learned.

The committee had set a deadline of tomorrow for the group to reply in writing to a series of questions on pay for senior staff and other issues.

Rehab replied this evening, saying that all of the executive management team have a contractual entitlement to performance-related pay.

The CEO, director of finance and director of human resources waived any performance-related payment.

Performance-related pay elements were waived by all members in 2010 and 2011.

Rehab said that the executive management team of eight members plus the chief executive is collectively responsible for the national and international operations.

Rehab has released the following breakdown of salaries:

Rehab has provided the PAC with the number of staff paid in bands, starting at €65,000 which it is not required to do, but which is recommended best practice.

It says this information will be published annually by the group.

Earlier, Tánaiste Eamon Gilmore confirmed former Rehab Group board member Frank Flannery will be stepping down from his position as chairman of the Forum on Philanthropy.

Mr Gilmore also repeated his calls for Mr Flannery to appear before the Public Accounts Committee.

He said he had seen the letter from the Clerk of the PAC, which names a number of people that the committee wishes to interview.

Mr Gilmore said he believed all of those people, including Mr Flannery, should appear before the committee.

Opposition parties had earlier placed pressure on the former Fine Gael strategist over his role in the Government forum.

Mr Flannery resigned yesterday from the board of the Rehab Group and from his role in Fine Gael.

Fianna Fáil had called on Taoiseach Enda Kenny to sack Mr Flannery from the forum if he refused to appear before the PAC.

Its public expenditure spokesperson Sean Fleming said such a refusal would not be compatible with his role as chairman.

Sinn Féin leader Gerry Adams said Mr Flannery's position on the forum was untenable if he refused to go before the PAC to answer questions about his time in Rehab.

He said the PAC remains the best place for him to answer questions.

Mr Ross said Mr Flannery has the answers the committee requires given his tenure with Rehab.

He said he hopes he will attend voluntarily within two weeks rather than be compelled to do so. 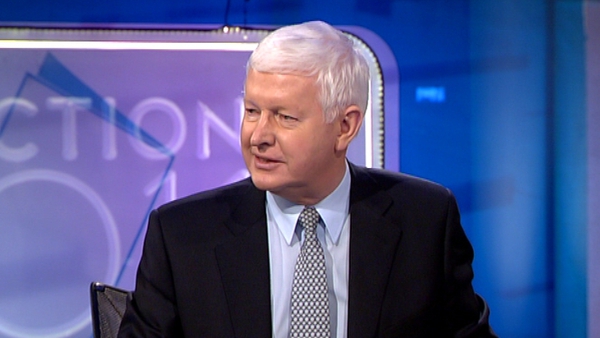