Taoiseach Enda Kenny has travelled to Britain for a round of engagements, including a meeting with Prime Minister David Cameron tomorrow.

Mr Kenny was guest of honour at a civic reception in Manchester.

Over a third of the population of greater Manchester claims Irish roots and the Taoiseach opened the latest stage of an Irish Heritage Centre in the city.

The Irish Government contributed €2m towards the cost of the new facility.

For the last couple of years the Taoiseach has made a point of visiting the UK ahead of his St Patrick’s day trip to the US.

They may also address the uncertainty over British plans to purchase wind-generated power from the Republic of Ireland. 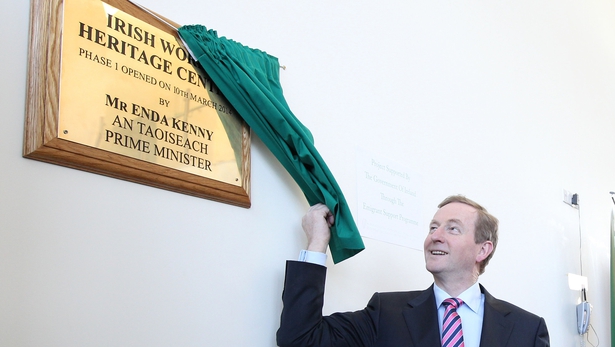