Officials investigating the disappearance of a Malaysia Airlines plane suspect it may have disintegrated in mid-flight, a source has said, as Vietnam reported a possible sighting of wreckage.

An Interpol spokeswoman said a check of all documents used to board the plane had revealed more "suspect passports" that were being further investigated.

She was unable to say how many, or from which country or countries.

"I am still perturbed. Can't these immigration officials think? Italian and Austrian (passport holders) but with Asian faces," he was quoted as saying.

Malaysia's air force chief said the Beijing-bound airliner, which was carrying 239 people, may have turned back from its scheduled route before it vanished from radar screens.

"The fact that we are unable to find any debris so far appears to indicate that the aircraft is likely to have disintegrated at around 35,000 feet," a source involved in the investigations in Malaysia told Reuters.

If the plane had plunged intact from close to its cruising altitude, breaking up only on impact with the water, search teams would have expected to find a fairly concentrated pattern of debris, said the source, speaking on condition of anonymity because he was not authorised to discuss the investigation publicly.

Asked about the possibility of an explosion, such as a bomb, the source said there was no evidence yet of foul play and that the aircraft could have broken up due to mechanical causes.

Dozens of military and civilian vessels have been criss-crossing waters beneath the aircraft's flight path, but have found no confirmed trace of the lost plane, although oil slicks have been reported in the sea south of Vietnam and east of Malaysia.

The Civil Aviation Authority of Vietnam said on its website that a Vietnamese navy plane had spotted an object in the sea suspected of being part of the plane, but that it was too dark to be certain. Search planes were set to return to investigate the suspected debris at daybreak.

"The outcome so far is there is no sign of the aircraft," Malaysian civil aviation chief Azharuddin Abdul Rahman said.

"On the possibility of hijack, we are not ruling out any possibility," he told reporters.

The Malaysian authorities said they were widening the search to cover vast swathes of sea around Malaysia and off Vietnam, and were investigating at least two passengers who were using false identity documents.

The BBC reported that the men falsely using two Europeans’ passports had purchased tickets together and were due to fly on to Europe from Beijing, meaning they did not have to apply for a Chinese visa and undergo further checks.

An employee at a travel agency in Pattaya, in Thailand, told Reuters the two had purchased the tickets there.

Interpol maintains a vast database of more than 40 million lost and stolen travel documents, and has long urged member countries to make greater use of it to stop people crossing borders on false papers.

The global police organisation confirmed that the two passports in question had both been added to the database after their theft in 2012 and 2013 respectively. But it said no country had consulted the database to check either of them since the time they were stolen.

"Whilst it is too soon to speculate about any connection between these stolen passports and the missing plane, it is clearly of great concern that any passenger was able to board an international flight using a stolen passport listed in Interpol's databases," Interpol Secretary General Ronald Noble said in a statement.

In a sign that Malaysia's airport controls may have been breached, Prime Minister Najib Razak said security procedures were being reviewed.

Malaysian Transport Minister Hishamuddin Hussein said authorities were also checking the identities of two other passengers. He said help was also being sought from the US Federal Bureau of Investigation. However, an attack was only one of the possibilities being investigated.

"We are looking at all possibilities," he said. "We cannot jump the gun. Our focus now is to find the plane."

It last had contact with air traffic controllers 120 nautical miles off the east coast of the Malaysian town of Kota Bharu.

Flight tracking website flightaware.com showed it flew northeast after takeoff, climbed to 10,670 metres and was still climbing when it vanished from tracking records.

There were no reports of bad weather.

"What we have done is actually look into the recording on the radar that we have and we realised there is a possibility the aircraft did make a turn back," Rodzali Daud, the Royal Malaysian Air Force chief, told reporters at a news conference.

The search was being extended to the west coast of the Malay peninsula, in addition to a broad expanse of the sea between Malaysia and Vietnam, he said.

Vietnamese naval boats sent from the holiday island of Phu Quoc patrolled stretches of the Gulf of Thailand, scouring the area where an oil slick was spotted by patrol jets just before nightfall yesterday. 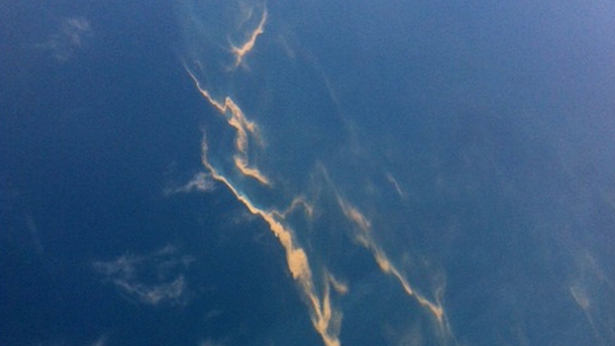 Besides the Vietnamese vessels, Malaysia and neighbouring countries have deployed 34 aircraft and 40 ships in the search.

China and the United States have sent ships to help, and Washington has also deployed a maritime surveillance plane.

US officials from Boeing, the National Transportation Safety Board and the Federal Aviation Administration were on the way to Asia to help in investigations, NTSB said in a statement. Boeing said it was monitoring the situation but had no further comment.

The airline has said 14 nationalities were among the passengers, including at least 152 Chinese, 38 Malaysians, seven Indonesians, six Australians, five Indians, four French and three Americans. 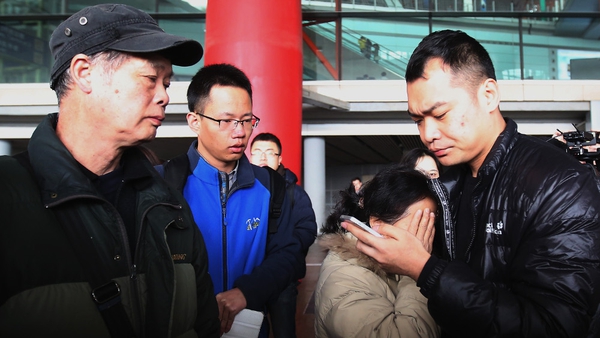