The Clinical Director of the Midland Regional Hospital in Portlaoise has apologised to the parents whose babies died at its maternity unit.

In a statement, John Connaughton said the hospital and staff wished to apologise unreservedly for the unacceptable communication with the families at a time they most needed honesty, compassion and kindness.

Asked why the parents were not told at the time why the children had died, Mr Connaughton said investigations had begun but these investigations did not proceed at the rate they should have.

He said that was unacceptable and cannot happen again.

A report into the deaths of a number of babies at Portlaoise Midland Regional Hospital found that maternity services at the hospital are not safe or sustainable.

The Health Service Executive has put in place a transition team, which is now in control of maternity services at the hospital.

It will oversee the integration of Portlaoise Hospital Maternity Service with the Coombe Hospital in Dublin.

The General Manager of Naas General Hospital has taken over responsibility of the maternity unit at Portlaoise with immediate effect.

A senior midwife at the Coombe Hospital has been appointed to the role of director of midwifery at Portlaoise.

The report was carried out by the Chief Medical Officer at the Department of Health following the broadcast of an RTÉ Investigations Unit programme, which examined the deaths of four babies at the maternity unit.

The report found that the families and patients were treated in a poor and, at times, appalling manner.

CMO Dr Tony Holohan's report also found information that should have been given to the families was withheld for no justifiable reason.

Dr Holohan said this evening that one of the most concerning issues arising from his report is the manner in which staff dealt with a number of the patients and their families.

He told RTÉ’s Six One that this was not just in relation to management of care during labour but in situations where events turned out tragically.

Dr Holohan said the standard to which staff looked after these patients, the interaction with those babies after death had occurred and the extent to which mothers were allowed to hold or interact with these babies, fell short of an appropriate standard and had added unnecessarily further to the grief of those families.

The report said poor outcomes that could likely have been prevented were identified and known by the hospital, but not adequately or satisfactorily acted upon.

The report concluded that the Portlaoise Hospital Maternity Service cannot be regarded as safe or sustainable within its current governance arrangements.

It found a shortage of staffing in Portlaoise was not the root cause of the problem. On occasions during critical incidents the correct staffing numbers were in place.

Minister for Health James Reilly has asked the HSE to look at other similar sized maternity services around Ireland.

It will consider their incorporation into managed clinical networks within their relevant hospital group.

HIQA to carry out full inquiry

The Health Information and Quality Authority is to conduct a full inquiry into the maternity services in Portlaoise hospital stretching back over a number of years.

Minister Reilly said today was a watershed moment in the Irish health service and would result in a change in patient safety.

He told RTÉ's News at One that cultural, training, management and governance issues had to be addressed at the hospital.

The Irish Nurses and Midwives Organisation has said it is contesting the finding that the shortage of staff in Portlaoise was not the root of the problem there.

INMO Officer Lorraine Monaghan said staff at the hospital could not accept that point, as the ratio of midwives to births in Portlaoise was still completely out-of-kilter with the European recommended norm.

She said the nurses and midwives at the hospital would be contesting what Mr Holohan has said.

The father of one of the babies who died at the hospital has said there is nothing in the report that his family has not been highlighting to the HSE for the past number of years.

Speaking on RTÉ's News at One, Mr Molloy said he believed the scale and significance of the measures announced today were unprecedented in Ireland.

He said there was a sense of pride in the work he and his family had carried out over the past two years in highlighting the problems.

However, Mr Molloy said he remained very angry with the HSE.

He said the family had been highlighting the issues about the maternity services at senior and national director level, but those concerns were ignored.

He said: "For us, when everything's implemented, when we have statistics we can rely on, when we have a syntocinon policy, safe maternity units, nobody is going to say 'well done, here's your little boy back'. Mark still will be gone for us.

"Whatever sense of pride ... and comfort we get in knowing that other babies may go home safely, it pales in significance to the loss we have had to endure to get to this day."

Mr Holohan has confirmed that the death of another baby at Portlaoise hospital is currently being investigated.

The death occurred subsequent to the death of baby Mark Molloy in 2012. 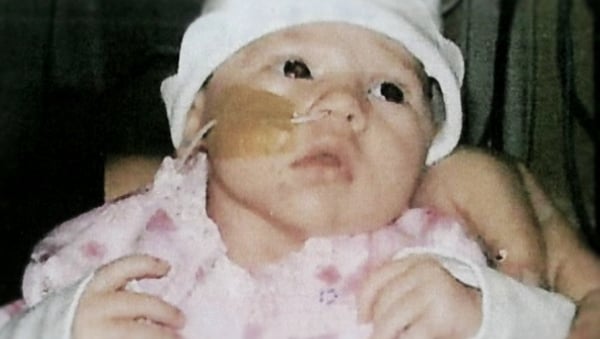